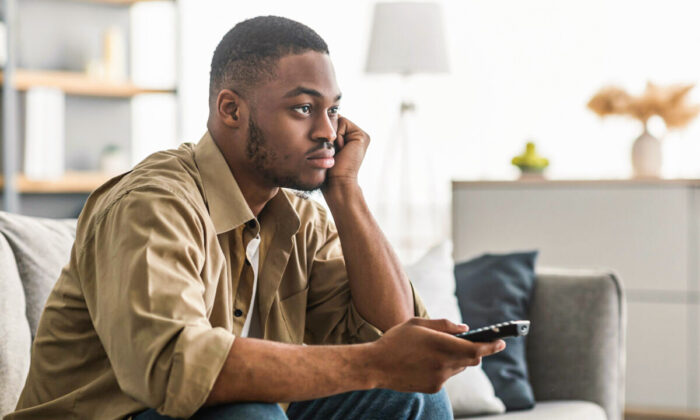 Pandemic lockdowns and self-isolation measures were meant to slow infection rates. A side effect, however, continues to come into sharper focus. (Prostock-studio/Shutterstock)
Mind & Body

Almost everyone has heard the saying “sitting is the new smoking,” but a new study shows it has an impact on depression and anxiety as well. With so many people self-isolating during the early months of the COVID-19 outbreak, more people found themselves sitting for longer periods than ever before.

To get a snapshot of just how prevalent these changes were, a team of researchers studied 3,000 participants from all 50 states and the District of Columbia. Participants were required to self-report how much time they spent doing activities such as sitting, looking at screens, and exercising for the study. They also had to record how their behaviors compared to pre-pandemic times.

All participants were required to indicate changes to their mental well-being using standard clinical scales. They were to focus on anxiety, depression, stress, and loneliness.

A second study was conducted as a follow-up to check whether participants’ behavior and mental health had changed over time. Researchers found that, on average, people saw their mental health improve.

However, for people whose sitting times stayed high, their depressive symptoms, on average, didn’t recover in the same way as everyone else. The participants who continued to spend large amounts of time sitting experienced lower rates of mental health improvements.

Researchers believe these findings are worthy of more investigation. Lead author of the study, Jacob Meyer said, “I think being aware of some of the subtle changes we’ve made during the pandemic and how they might be beneficial or detrimental is really important as we look to the other side of pandemic life.”

People working from home must get up and move throughout the day. Researchers suggest walking around the block before and after the workday to mimic their pre-pandemic commute. This is believed to benefit people physically and mentally and help add structure to their day.

Sarah Cownley earned a diploma in nutritional therapy from Health Sciences Academy in London. She enjoys helping others by teaching healthy lifestyle changes through her personal consultations and with her regular contributions to the Doctors Health Press. This article was originally published on Bel Marra Health.