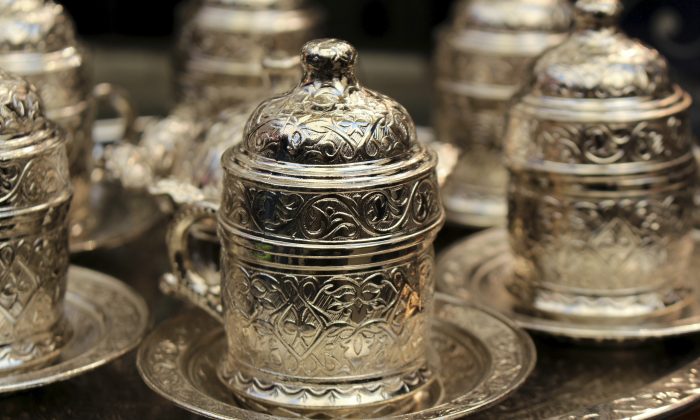 Silver has been used as an anti-microbial agent long before people knew of microbes.

Modern medicine still relies on silver’s uncanny ability to sterilize and disinfect. That’s why bandages, catheters, and other medical instruments are often coated with this metal.

But if silver is so great, why is colloidal silver—a solution of microscopic silver particles suspended in water—so controversial?

Until the 1940s, U.S. doctors primarily relied on silver-based antibiotics to treat infection. With the advent of penicillin, this practice fell out of favor. But in the 1990s, medicinal silver solutions made a remarkable comeback and have since become a popular alternative to conventional antibiotics.

Skeptics say silver supplements are neither safe nor effective, but much of the criticism is targeted toward an overzealous sales pitch. Silver was once marketed as a magic bullet that could cure cancer, diabetes, and other chronic health issues.

In 1999, the U.S. Food and Drug Administration stopped colloidal silver manufacturers from labeling their product as anything other than a mineral supplement, because the inflated list of health claims was not backed by sufficient science.

We all need some metals. The human body can suffer from deficiencies in iron, copper, and zinc, but not from silver. However, mankind has benefited from ingesting silver ions for thousands of years. Medieval Europe’s wealthy nobility are believed to have better survived the plague due to their dining with silverware and drinking from silver goblets.

Consumers typically turn to silver supplements because they wish to avoid some of the problems associated with conventional antibiotics and antifungals. Colloidal silver can be purchased without prescription, but it still comes with some risk.

Overexposure to silver can lead to argyria—a condition where silver deposits build up in the tissues and lend a bluish-gray cast to the skin.

Argyria incidents are rare and mostly harmless. Nearly all cases occur in those who maintain daily doses for a year or more. Paul Karason became the poster child for argyria in 2008 when he appeared on the “Today Show” with dark-blue skin—a result of more than 10 years of constant silver therapy to treat his stubborn dermatitis.

Silver has also been linked to serious health issues—such as kidney damage and seizures—but these are very rare.

Another factor complicating the issue of silver supplements is the wide variation of products available. Supplement manufacturers claim that competing products are ineffective and are more likely to cause argyria, but the standard for quality is fuzzy.

Some sources say a good colloidal silver should be brown, others say clear. Some say a true silver colloid is hard to produce, while others sell machines to create silver supplements at home. Some products boast that they only contain silver ions, while other products use a non-ionized nanoparticle. The Internet is full of arguments for each.

As with any medicine, contact a health care practitioner who has clinical experience with a silver product for best results.

A growing awareness of silver’s antimicrobial power has made for more than just supplements.

In the past few years, socks, plastic food wrappers, cosmetics, detergents, refrigerator interiors, and many other products subject to germs are being made with silver nanomaterial. In fact, silver is the most common nanomaterial in production today. It is currently found in over 400 consumer products.

There is a growing concern that all this microscopic silver suddenly pouring into our lives could have disastrous consequences. The Center for Food Safety (CFS) worries that overexposure to silver will weaken its ability to work in a crisis.

“Nano-silver is one of the few chemicals that can be used against MRSA, those life threatening staph infections that resist many other anti-microbials,” CFS said in a December 2014 statement. “Nano-silver’s vital use in medicine should be protected, by limiting its application in non-essential arenas, such as foods and food containers, which heightens the risk of bacteria developing resistance to it as well.”

So far, it’s not clear whether bacteria can develop a resistance to silver. Silver acts on microbes in a variety of ways. Silver ions, for example, have been shown to interfere with microbial DNA and reproduction, making the prospect of resistance difficult.

In 2008, the U.S. Environmental Protection Agency reclassified nano-silver as a pesticide to restrict its use in products and supplements, but little has been done to enforce it. Until there is clear evidence demonstrating bacterial resistance, nano-silver restriction is unlikely. A study from June 2013 found that silver added to conventional antibiotics increased bacteria kills 10 to 1,000 times.

Environmental non-profit Beyond Pesticides wants silver restricted as a matter of environmental concern. Nano-silver has been turning up in sewage sludge, and evidence suggests that a saturation of tiny silver particles could do significant damage to delicate ecology.

“Silver nanoparticles inhibit the growth of bacteria and other microorganisms, essential to the waste water treatments process. Similarly, these particles also threaten aquatic and terrestrials populations of microbes at the corner stone of many ecosystems. Nanoparticles may also enter the bodies of shellfish, fish and even aquatic plants. Their ability to be easily taken into the bodies of organisms indirectly exposes humans and other higher mammals to nanoparticles absorbed by these species, especially through the ingestion of filter feeding organisms such as mollusks,” the Beyond Pesticides website states.

Some suggest that silver supplements can contribute to heavy-metal poisoning. Yet silver is a noble metal, not a heavy one. While too much silver can cause a toxic reaction, ingesting small doses does not present the concerns that metals such as mercury and lead do.

Since silver disrupts bacterial development, what effect does it have on healthy gut flora? Unfortunately, there is little evidence to say. Silver does not, as some claim, differentiate between good and bad bacteria, but neither does it seem to impact the gut microbiome in modest doses. Supplement manufacturers suggest that colloidal silver particles are so small they get absorbed into the bloodstream long before they ever make it to the colon.