Silicon Valley Entrepreneur: ‘It was amazing.’ 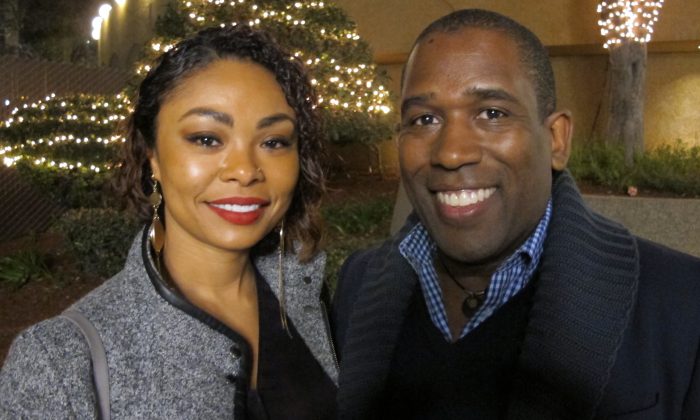 Among the theatergoers was technology entrepreneur and Marketfish founder, Dave Scott, who really enjoyed the Chinese culture presented by Shen Yun.

“It was amazing, actually. This was our first time going. Me, personally, I just love Chinese culture,” he said. “It was beautiful.”

Shen Yun’s website states, “Sophisticated dance techniques, an orchestra joining instruments from both the East and West, beautiful costumes, and a stunning back drop—this is Shen Yun at first glance. But digging deeper, one discovers a sea of traditional Chinese culture.”

Along with appreciating the Chinese culture presented by Shen Yun, Mr. Scott found the ethnic and story-based dances presented through the performance to be particularly inspiring.

“In the movement and the music, the vibrations, everything. It was just awesome.”
— Ms. Ong

Shen Yun’s website states that the folk and ethnic dances “might whisk you away to the plains of Tibet, the shores of a Dai village, or the sprawling plains of Mongolia.”

Shen Yun’s production also features several story-based dances, about which the Shen Yun website states: “These dances give dramatic portrayal to the cherished stories of past and present. Their figures embody the most exalted virtues of Chinese civilization, and convey a message or moral that is still relevant in our day.”

“It was just very beautiful,” Mr. Scott said. “I think that just the idea that there was a long history and a long sense of culture was probably the most important thing for me.”

“Divine!” she said. “I saw a lot of passion in it, and it was beautiful! It was amazing. … The storytelling, the beautiful colors and costumes, the elegance—everything was just beautiful.”

Ms. Ong said she saw the elegance of Shen Yun “in the movement and the music, the vibrations, everything. It was just awesome.”