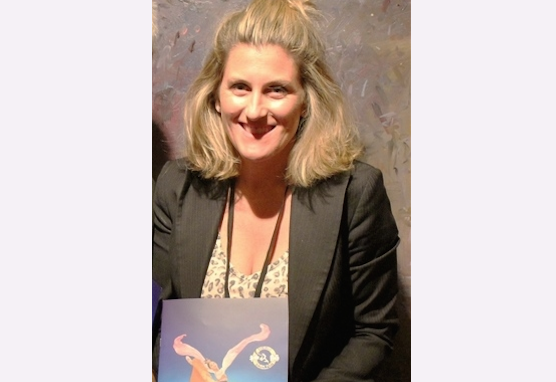 MELBOURNE, Australia—Being an ambassador for one’s National Day is a privilege most of us can only dream of. For 34 year old Sally Nolan, however, it’s all in a day’s work.

It was however, a culture of a different kind that Sally found herself immersed in on Friday evening: traditional Chinese culture. She came to see New York-based Shen Yun Performing Arts perform at Melbourne’s prestigious State Theatre on Friday March 28.

Ms. Nolan shared her impressions of the performance.

“The show was just very moving, it was so colourful and there was a wonderful message behind the dancing and the story was really lovely.”

According to the company’s website, Shen Yun aims to revive 5000 years of culture through the medium of classical Chinese dance. Ancient principles such as benevolence and justice, propriety and wisdom, respect for the heavens and divine retribution all make up part of this ancient culture, values Ms Nolan could relate to.

“Live a very kind and fulfilling life and be very ethical,” Ms. Nolan said.
“Peace and harmony, they’re values that I think we need as a society, in our own culture. If there’s more peace and harmony, people can relax and just be kind to each other,” she added.

Ms. Nolan’s sense of Chinese culture as reflected through Shen Yun’s performance is that it gives credence to one’s connection with everything in the world surrounding us.

“There’s a real connection between heaven, earth, people, animals and everything kind of makes a connection,” Ms Nolan stated.

Ms Nolan also gave credit to Shen Yun’s animated backdrops, which the company states “complements and synchronizes all aspects of the performance including the characters, colours of the costumes, specific dance movements, props, lighting, the story being told and special audio effects.”

“It’s the imagery where people jump out of the background… it’s very clever with all the special effects and all the film and photography,” said Ms. Nolan.

As well as being an Australia Day ambassador, Ms Nolan has worked at the Australian Grand Prix, Spring Racing Carnival and Melbourne Fashion Festival.