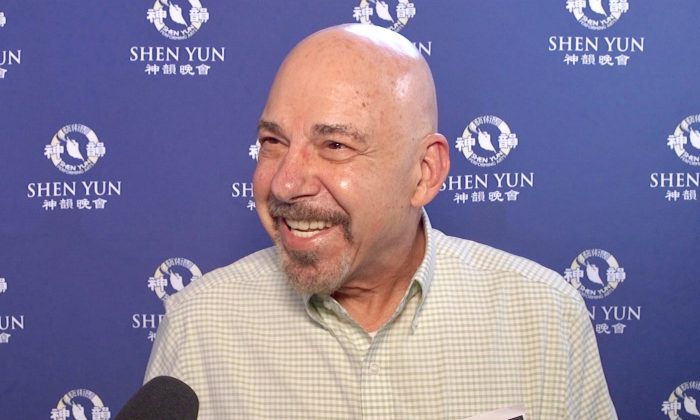 Brody attended the Shen Yun performance at the Aronoff Center for the Arts in Cincinnati, Ohio, on May 6, 2018. (NTD Television)

“I thought it was marvelous. The discipline was extraordinary, the color was magnificent, and the dancing was just wonderful.”

“The story about the girl who chooses the peasant [as a husband]—I found most fascinating. So embedded in ancient Chinese culture was the fact that her father made a promise, gave her a choice, and though he did not agree with it, he honored it, and that is something that was so embedded in the Chinese culture. To honor one’s word—I found that just absolutely marvelous.”

“What we saw was bringing back a sense of God, and God is really… and I love the word the ‘Creator’ that was used, because I think the Creator is much more of a multi-visional thing. … It was absolutely fascinating.”

“The last dance—I saw a lot of symbolism in it, and the symbolism was almost like Armageddon, where everything was destroyed but then rebuilt. As a Jew—I found it very meaningful.”