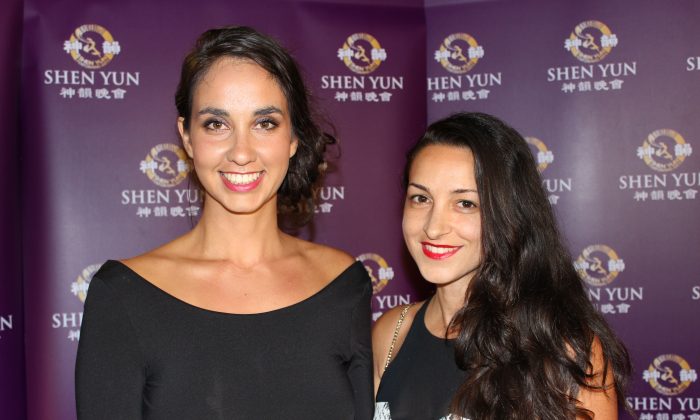 SYDNEY, Australia—From snow blizzards of New York to the warmer climes of Australia, Shen Yun Performing Arts continues its 2015 World Tour in Sydney from Feb. 6 to 15.

Over upcoming days, the New York based company will grace the stage of Sydney’s iconic Capitol Theatre for five matinee sessions and five evening performances, before the artists continue on to Canberra for two evening shows Feb. 17 and 18

In less than ten minutes each, Shen Yun dances recount ancient myths, bygone heroes, or celestial paradises. Whether set in the past or in contemporary China, every dance embodies traditional Chinese values.

A highly-accomplished pianist accompanies the vocalists and an erhu virtuoso whose soulful music brings the audience to a silence.

Emcees fluent in Chinese and English explain each performance before the curtain rises, and a screen behind the singers translates the Chinese lyrics into English subtitles.

Shen Yun’s opening night Feb. 6 drew an excited crowd to the premiere performance who dressed formally for the exotic occasion.

A bridal wear designer, Connie Squatriti and fashion editor, Maia Liakos, were both impressed by the Shen Yun production.

Ms. Squatriti said she was mesmerised by the costumes, the colours and the way they moved with a performer’s movements. “It was beautiful,” she said.

Many audience members have said the costumes move with the artists, such as in the dance, Sleeves of Grace The program book reads, “Gentle maidens glide with dainty steps, their silken sleeves trailing through the air in ethereal patterns. Dancing with flowing grace, their movements paint a picture of serene delight.”

“For me it was really interesting because I hadn’t really seen costumes like that before. It was great to see the movement and with the story as well,” Ms. Sqatriti said.

Ms. Liakos said she was intrigued by the story-dance The Power of Compassion, a dance story set in modern China depicting courage and kindness in the face of repression.

“I had no idea that this type of performance isn’t allowed to be seen in its country of origin. That blew me away,” Ms. Liakos said.

“So, just learning a little bit more about the culture and all the different cultures within China as well, that have their own dance and their own story, I think it was quite beautiful to learn a bit more about it.”

She said the dancers were just beautiful. “You could see the joy in their eyes in every dance, and they love what they do. It really showed.

“We were only a few rows back from the front. You could really see them engaging in their characters—it was beautiful.”