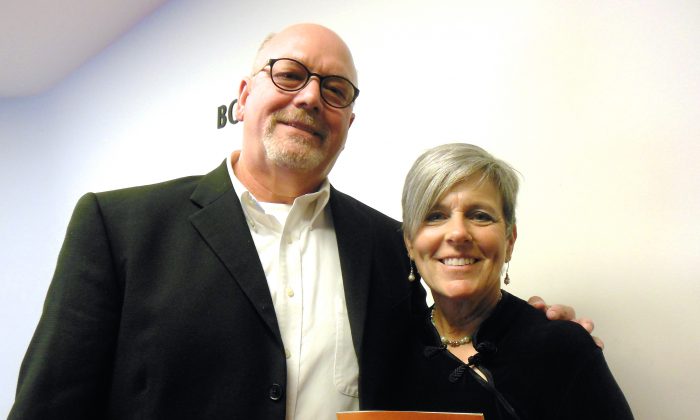 “It was really positive,” added Mr. Orme, a water quality specialist working for the Vancouver government. “It was very interesting to see some of the history, and the dancing, and the singing.”

And Shen Yun is exactly that. Through music, dance, and stories of China’s traditional culture—which spans 5,000 years—a tapestry of beauty comes to life on stage for audiences around the globe.

On top of it all, Shen Yun’s state-of-the-art digital backdrop portrays vivid settings “transporting the audience to a world where heaven and earth are one,” reads the company’s website.

Mrs. Orme said the backdrop piqued her interest. “I think just the choreography with how they interacted with the screen, and how well done it was,” she said. “When they looked like they were actually flying and going into the air, it was very impressive.

Although Shen Yun depicts China’s culture through the ages, the performance cannot be seen in China today, where the communist regime has sought to destroy even the vestiges of ancient culture. But along with revealing the upheaval of tradition at the hands of the current regime, Shen Yun’s inner meanings of human harmony and compassion stuck with the couple.

“There is still a lot of hope … and there is hope for them in the future,” Mrs. Orme said. “I think people really want that.”

And Mr. Orme felt that those universal themes are accessible to all people. “Absolutely—I think it is done in a way that anyone could receive that and understand it,” he said, adding that the performance was still much more than its themes.

“I think just the enlightenment and the positive energy,” he said. Plus how it is “all coming together at once when the curtain opened.”