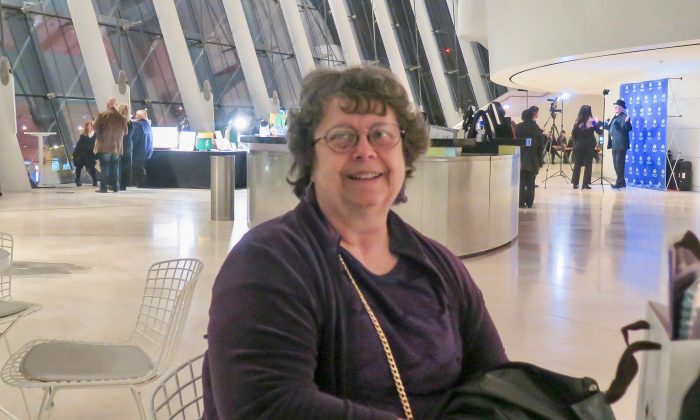 Tanner saw the performance at the Kauffman Center for the Performing Arts on Jan. 25, and found the New York-based company’s production inspiring.

According to the website, the production is an immersive one. “A Shen Yun performance features the world’s foremost classically trained dancers, a unique orchestra blending East and West, and dazzling animated backdrops—together creating one spectacular performance,” the company’s website states.

Tanner found it inspiring to imagine what kind of beaded jewelry she could design based on some of things she saw throughout the performance.

Shen Yun also features a full symphony orchestra like no other. Along with traditional Western instrumentation, audience members are treated to the sounds of various Chinese instruments as well, such as the erhu (Chinese two-stringed violin) and the pipa (Chinese lute).

“It made my heart beat,” she said of the music.

Shen Yun’s mission is to revive traditional Chinese culture, which is said to be divinely inspired. According to the website, the company was founded in 2006 by a group of leading classical Chinese artists who shared this wish, and wanted to share the culture with the world.

Tanner appreciated the mission and thought it was a beautiful idea.

The performance had her reflecting on the messages brought forth from ancient Chinese culture, and how these ideas may help us out in modern times.  “I was a little overcome,” she said.

In English, the name Shen Yun best translates as “the beauty of Divine beings dancing.” As to whether Ms. Tanner saw this manifesting on stage, she said “Oh lord, yes—just the entire imagery and the dimensional effects were just fantastic.”

With reporting by Cat Rooney and Andrew Darin.