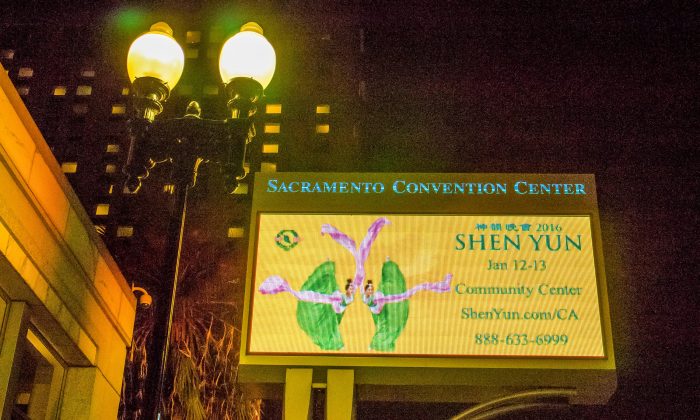 SACRAMENTO—After watching Shen Yun Performing Arts, Michael Anderson and Lena Smith thought the term that applies to a period starting in the ’60s in which the Chinese communists tried to rid the country of every bit of traditional values—the Cultural Revolution—is misnamed.

“The communists destroy everything, so we think it should be called cultural destruction, and by that one word changes everything,” said Mr. Anderson at the Sacramento Community Center Theater.

The Hawaiian couple, who spoke briefly at intermission on Jan. 13, were referring to one of the dances Shen Yun presents that shows the communist Red Guards destroying a monastery.

“Destroying all the temples, attacking the monks, destroying anyone who did anything,” Ms. Smith said.

“It gets emotional when you see the Chinese red guards attacking the people, [who are] just trying to make their life better,” said Ms. Smith. She and her husband once worked in real estate but are now both retired.

“But otherwise it [was] very inspiring,” she said.

Shen Yun aims to inspire its audiences with the energy of the performers, the vibrant colors of the costumes and backdrops, the original music performed by a full Western orchestra that includes traditional Chinese instruments, and by stories told through classical Chinese dance.

Taking the audience on a journey from the beginning of Chinese civilization to the present day, the dances visit imperial courts, wind-swept plateaus, fields of flowers, and heavenly realms.

“I liked the way the heavenly beings come down to the stage … and throughout, they always go to heaven and back again,” Mr. Anderson said, explaining that he felt that going back and forth between the celestial realm and earth gave a feeling of the connection between humanity and the divine.

“I was thinking, ‘did it ruin my mascara?'” Ms. Smith wondered.