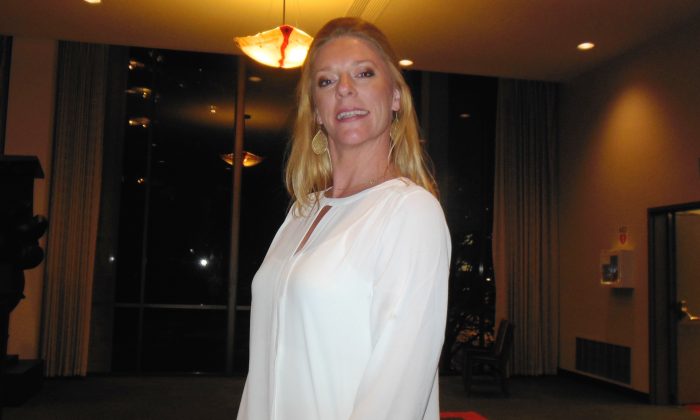 Sarah Paige was impressed when she attended Shen Yun Performing Arts at the Keller Auditorium in Portland, Oregan, on March 27, 2015. (Sherry Dong/Epoch Times)

PORTLAND, Ore—Shen Yun made its way to Portland’s Keller Auditorium for its premiere 2015 run.

Ms. Sarah Paige, a ballet dancer from Portland, was in the audience for the March 27 performance. “It’s amazing,” she said. “It’s so synchronized and so timed—it’s so beautiful.”

One of the key reasons audiences find Shen Yun to be different from other performances they’ve seen is that for many of them, it is their first exposure to traditional Chinese culture, and classical Chinese dance.

“Through the Universal language of music and dance, Shen Yun weaves a wondrous tapestry of heavenly realms, ancient legends, and modern heroic tales, taking you on a journey through 5,000 years of Chinese culture,” according to Shen Yun’s website. “Its stunning beauty and tremendous energy leave audiences uplifted and inspired.”

Leading up to Shen Yun, Ms. Paige heard a lot of people talking about the performance. “People were saying, ‘I want to see that,'” she said. “I didn’t know why, but tonight I see why.”