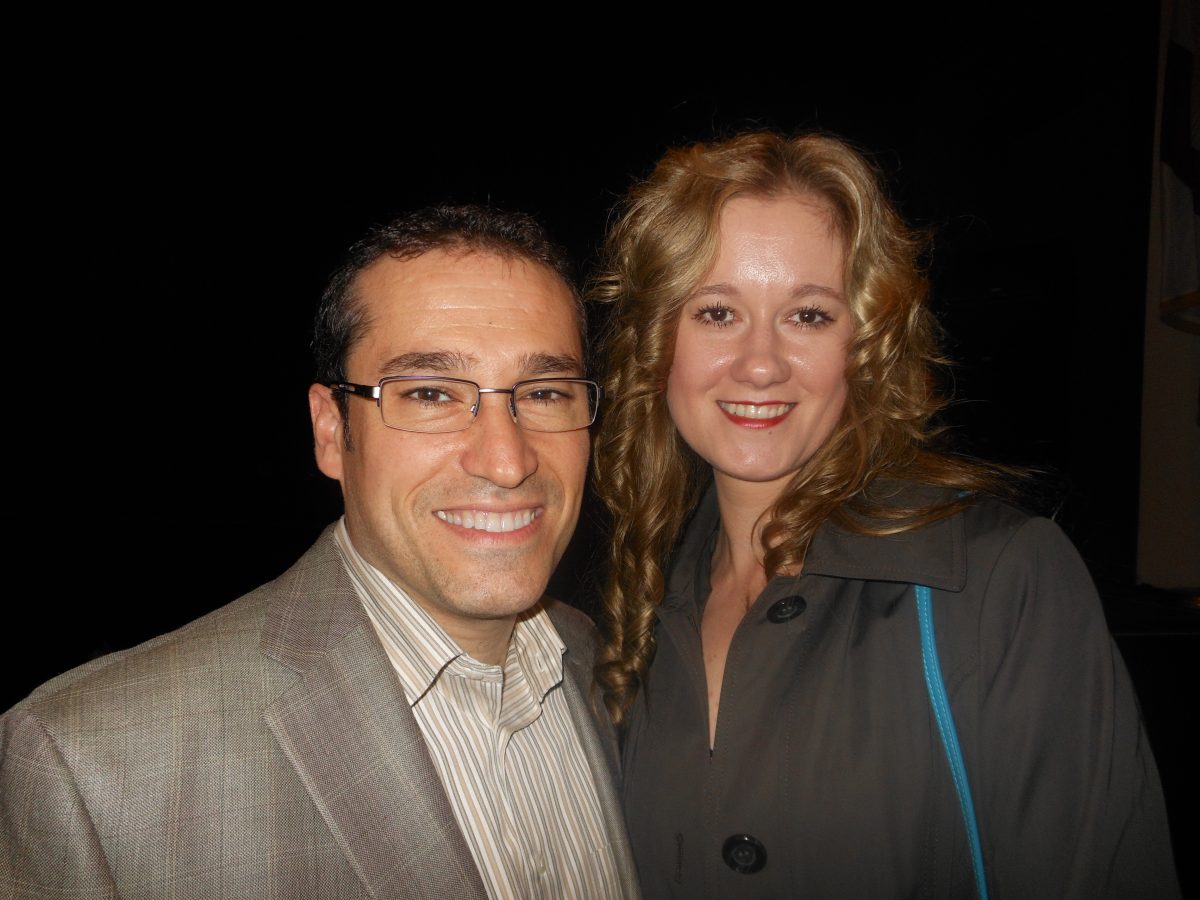 ST. PETERSBURG, Fla.—Sam and Kira Nasser saw Shen Yun for the first time Feb. 7 at the Mahaffey Theater at the Duke Energy Center for the Arts. Both praised the show.

Mrs. Nasser said she absolutely would recommend the performance.

Sam and Kira Nasser work for Raymond James Financial, where Mr. Nasser is regional director for Tampa and St. Petersburg.

Shen Yun’s mission is to revive China’s 5,000-year-old traditional culture. According to its website, Shen Yun uses “the universal language of music and dance” to weave a “tapestry of heavenly realms, ancient legends, and modern heroic tales.”

Shen Yun performs classical Chinese dance as well as ethnic and folk dance. Through dance, the company tells stories from China’s 5,000 years of civilization. That includes traditional veneration for the divine and recognition of the connection between heaven, earth, and man.

Mrs. Nasser said she was impressed by the use of the animated backdrop to visually bridge the stage performance with the larger setting. Shen Yun’s digital backdrop, projected behind the dancers, functions like an animated set.

“It all merges together—the dancers going into the background—and all of a sudden, the picture comes up, and it just all merges perfectly,” she said.

The dancers’ light movements evoke spirituality, she added: “They fly through the air. They perfectly present the spirituality—just being almost weightless.”

In Lotus Fairies, female dancers portray celestial fairies. With light feet, they glide across the stage as if in flight. With their silk fans, they seem to be scattering fragrance from the heavens.

The dancers’ costumes fascinated Mrs. Nasser, who said it was as if “they [had] stepped out of an ancient painting.”