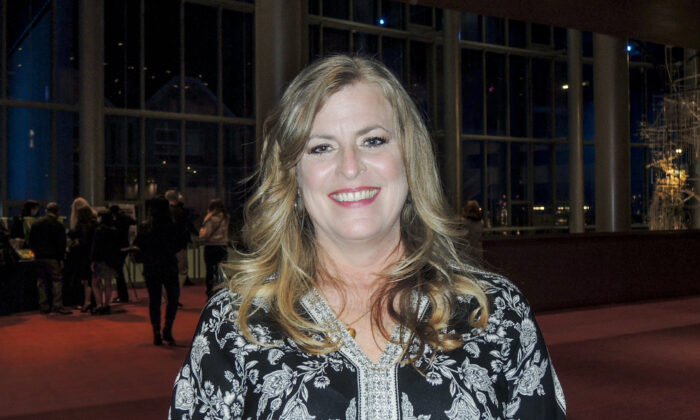 SEATTLE—Even before attending Shen Yun Performing Arts at Seattle’s Marion Oliver McGaw Hall, Chelsea Coryell and her niece Pierce knew they were going to see “the best of the best.”

Pierce said she heard that Shen Yun was performing in Seattle while she was in Texas, some 3,000 miles away, and she knew she had to attend.

“It was absolutely beautiful,” said Coryell, the owner of an interior design studio and store. “[The performers were] athletic, and it was creative and beautiful to the eyes. I was smiling ear to ear the whole night.”

Shen Yun’s mission is to revive China’s 5,000-year-old traditional culture through classical and ethnic dances and music. The New York-based performing arts company says it hopes to restore a culture destroyed after the Chinese Communist Party came to power in 1949.

Coryell said the music and dancing were perfect, and that Shen Yun’s dancers exuded beauty and passion on all levels.

“You could feel the energy was great. It represented positivity, love, and happiness,” she said.

Chelsea was particularly impressed by the performance given by the soprano and the musician who played the erhu, also known as the Chinese fiddle.

“I was impressed by how much emotion she can get out of two strings. I’ve never heard that before, never seen it in person,” she said.

Niece Pierce said that Shen Yun’s dancers, in her eyes, have achieved perfection.

Alongside her aunt, Pierce was sitting behind the conductor where she was treated to an exceptional experience.

“The acoustic was great. I was very impressed with the orchestra, they’re amazing. The pianist was good too,” Pierce said.

Coryell said Shen Yun was also an educational experience, as it was the first time she had learned about China’s ancient culture. She enjoyed the way the dancers used movement to portray emotion and tell stories that are the legacy of China’s culture, as well as present-day events.

Attending Shen Yun was also a highly insightful experience for Kenneth Patchett, the CEO of a data center.

Although Patchett has spent a long time working in China, it was only after watching Shen Yun that he realized China’s history actually boasts a spiritual culture that has existed for millennia.

It is great that Shen Yun is presenting this and highlighting the oppression and religious persecution that is being carried out in China today, he said.

Patchett was referring to one of the dances that portrays the persecution of Falun Dafa, a spiritual group whose teachings are based on truthfulness, compassion, and tolerance.

“[M]ost people just don’t understand that there is that kind of oppression that’s still occurring. There’s not freedom of religion or speech,” he said.

He said it was good to see the importance of spirituality to the ancient Chinese.

“I’m going to go home and figure out what [Falun] Dafa is,” he said. “But I will tell you, I was immediately shocked as soon as they [the emcees] said [you] can’t do this in China.”

Although an estimated 70–100 million Chinese were learning and practising the teachings of Falun Dafa, the spiritual practice was banned in China in 1999 despite bringing benefits of improved mental, emotional, and physical health to many people. Adherents were vilified, imprisoned, tortured, and even killed, a practice that is still continuing today.

“I think it’s really important to talk about spirituality and the freedom to express that … people should have that around the world and in China as well,” Patchett said.