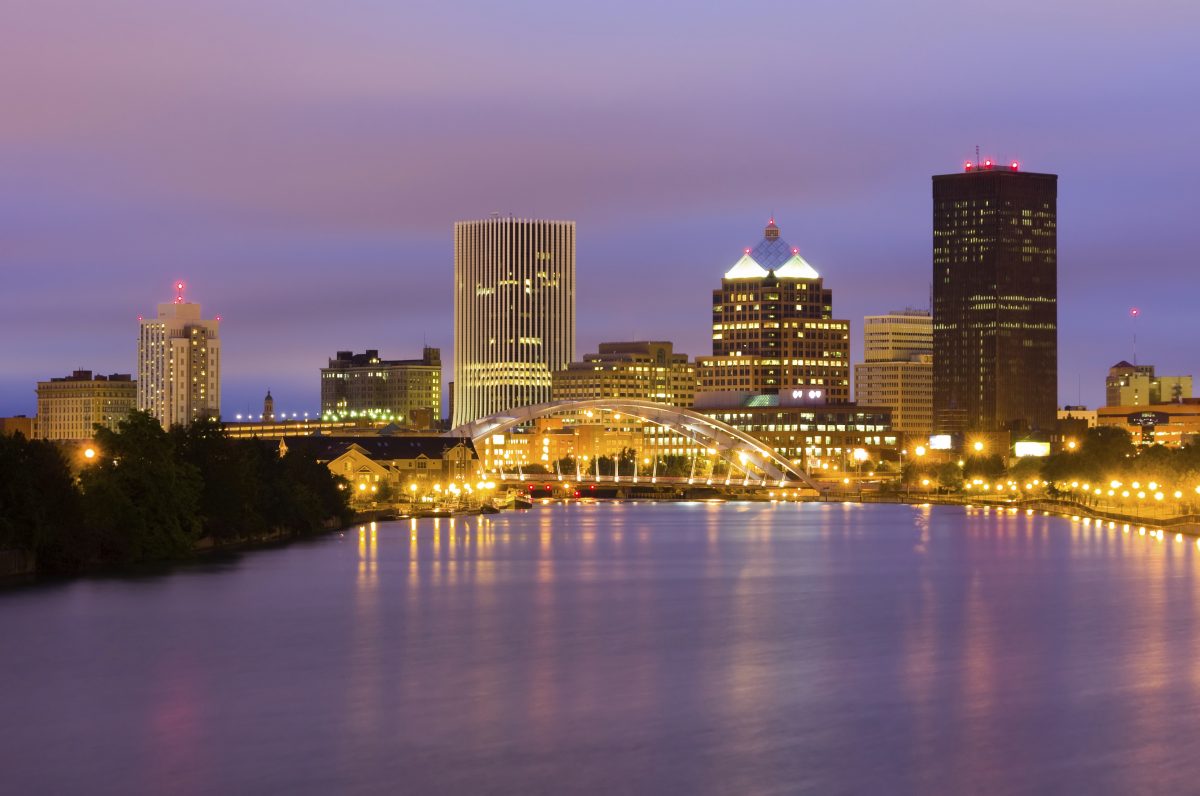 Evening skyline in Rochester, N.Y. Returning to Rochester for its seventh year, Shen Yun Performing Arts is set to grace the stage at the Auditorium Theatre with two performances of captivating classical Chinese dance and music on Feb. 21-22, 2015. (photoquest7/iStock/Thinkstock)
Shen Yun

ROCHESTER, N.Y.—Shen Yun Performing Arts will light up the stage of the Auditorium Theatre in Rochester Feb. 21 and 22 with a rich presentation of Chinese culture, history, and legends through dance and music in a visual and auditory feast of vibrant colors and dynamic movement.

A perennial favorite, this is the seventh year for the classical Chinese dance company to perform in Rochester as part of its annual world tour. The production is different every year, with all-new music, stories, and costumes to delight everyone in the family.

The orchestra combines Western and Chinese instruments to produce a fresh, new musical experience exceptional in quality and charm. Such instruments as the two-stringed erhu and the pipa add a unique tone and richness to the melodies played by the full classical orchestra.

Onstage, the dancers captivate the audience with their combination of graceful gliding and energetic leaps and somersaults as they present stories laced with virtue, loyalty, and compassion—values embodied in ancient Chinese culture. These values, a large part of life in China’s 5,000-year history, have been all but lost since the reign of the Communist Party began in 1949.

Shen Yun’s mission is to revive the ancient values and traditions by showcasing the beauty and strength of the Middle Kingdom’s age-old culture in its shows.

New York-based Shen Yun has been touring since late December 2014, and theatergoers across the country have marvelled at the dancers’ technical ability and the innovative animated backdrop that brings the stage to life with moving images that interact with the dancers.

Rose Wentworth and her husband, Ted, both evangelical ministers, saw Shen Yun in Grand Rapids, Michigan, at the DeVos Performance Hall on Feb 14.

“The colors … the women, so delicate in their movements. The men were just marvellous with their athleticism. I would come and see it again. I thought it was lovely. I’ve never been before, and this was very, very special. I thought it was also emotionally moving right from the very beginning.”

Roger Tallman is a seven-time Emmy award winner with 25 years of experience composing and producing music for visual media.

“Whoever is doing the arrangements, they did a phenomenal job creating the feelings that the dancers were emoting onstage, and that’s a tough job, especially with the composer and an arranger trying to mix metaphors,” he said after seeing the show in Grand Rapids.

The Auditorium Theatre, which opened in 1930, incorporates Art Deco designs in the various light fixtures and uses dramatic molded ornamental plaster on the walls and ceilings.

A particularly striking, whimsical touch can be seen in the 64 squirrels that are incorporated into the plaster of the enormous ceiling. Squirrels can also be seen above the building’s front door, and “bird, grapevine and acorn motifs can be found in the plaster work on the walls in some meeting rooms,” according to the venue website.

The venerable theatre is sure to be a fitting setting for Shen Yun’s musicians, vocalists, and dancers as they bring China’s rich history to life in a show that is powerful and uplifting in its magnetic visuals and heartfelt emotions.