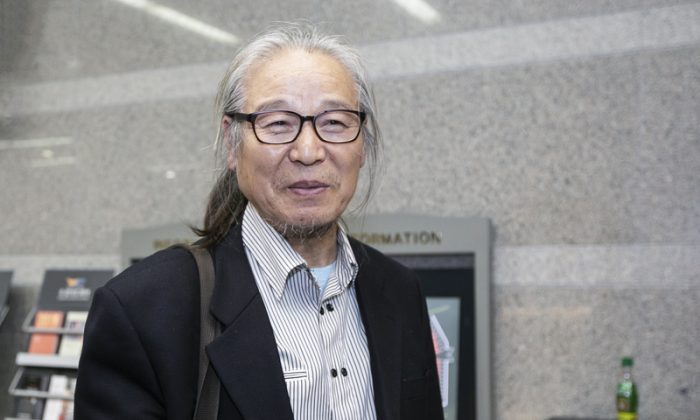 DAEGU, South Korea—Joo Seolya, a film producer and director of a Korean film company, recently decided to purchase a ticket to see Shen Yun Performing Arts, hoping to learn something for his own costumes design.

And after seeing the performance  by New York-based Shen Yun at the Suseong Artpia theater on March 28, he spoke of how he was full of inspiration.

“It just happened for my upcoming Korean customs design exhibition, I could use some elements I have learned from Shen Yun,” Joo said, explaining how that incorporation of these elements will add a theatrical element to the exhibition.

Joo explained that the costumes that he saw during the performance left him with a deep impression, especially with how some of the Shen Yun’s costumes had very long sleeves. He said that he will take a leaf out of the pages of these long-sleeve designs.

The performance also made Joo feel good. He said the performance was “very touching and quite therapeutic,” given that moral values, such as loyalty, filial piety, and being good, were highlighted during the performances.

He added that these values are key to the Korean culture as well.

“The combined effect between the backdrop on the performance wtth the stage was superb, like how animated characters came to life on the stage,” Joo said.

He explained that he was touched by the beauty of the animated characters on the backdrop, while at the same time amazed by the skill and the body language of the performers on stage.

According to Shen Yun’s official website, the digital animated backdrop is a patented invention, which is like a “magical window” that allows the audience to have the feeling of traveling to different times and places.

“The buildings and the different statues in the backdrop look so real,” Joo added.

Finally, Joo said he was touched by music—both the Western classical and Chinese classical music blended together by the unique orchestra.

With reporting by Dai Deman and Frank Fang.