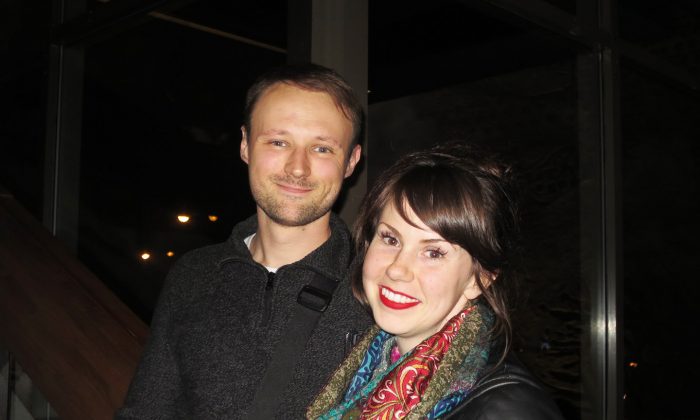 QUEBEC CITY, Canada—Shen Yun Performing Arts is world-famous for its classical Chinese dance and audience members marvelled at its diversity and beauty on its opening night at the Grand Théâtre de Québec on May 3.

Classical Chinese dance has a history that is thousands of years old and has been passed down from generation to generation. It is Shen Yun’s mission to preserve and promulgate China’s divinely inspired traditional culture through the vehicle of Chinese dance, one of the most expressive and demanding art forms in the world.

“Fantastic, to see the lightness of their movement, their grace,” said retiree Suzanne Desjardins, who attended the performance with her husband, Claude Robitaille.

Ms. Desjardins, also a dancer, had Shen Yun recommended to her last year by friends. “I really wanted to see this type of dance,” she said.

“What I really appreciate are the arms, the accessories that complement the movements of the arms, [they] extend the arms’ movements and give greater amplitude,” Ms. Desjardins said.

This type of dance can be seen in performances like “Sleeves of the Sui Dynasty.”

Laval University doctoral student Deanne Daigle had her eye on Shen Yun since 2010 but never had a chance to attend a performance until May 3. She came with her friend Peter Hodsman, also a student. It was an educational experience for both of them.

“The fact that pirouettes and jumps, and everything that we see in other types of dance, I never thought about the fact that they originate in Chinese dance,” Ms. Daigle said. “I think that’s really spectacular.”

While the basis of Shen Yun’s performance is classical Chinese dance, there are also a number of ethnic and folk dances. The diversity of the dances impressed the two friends.

“Just seeing the real diversity, the history—the thousands of years’ history—and just how remarkable it is that a tradition like that is carried on for millennia,” Mr. Hodsman said.

In classical Chinese dance at Shen Yun, male dancers display strength and vigour, while female dancers display gentle beauty and refinement. Each movement carries meaning, and the total integration of the body is emphasized, with movements that are round and continuous—the path of each movement is circular, as opposed to ballet, which also has round movements and postures but emphasizes linear, distinct, more straight-line movements.

Ms. Daigle said she had certainly learned quite a bit this evening.