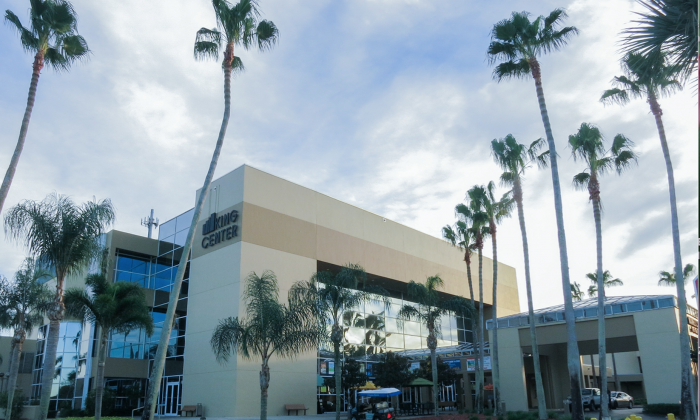 MELBOURNE, Fla.—Behind the exhilaration that poured out of friends Hillary Golden and Sarah McClellan as giggles was the two’s feeling that seeing Shen Yun Performing Arts on Jan. 20 had been a profound experience for them.

What Ms. Golden took away from the evening at King Center for the Performing Arts was that she shared spiritual beliefs with the ancient Chinese: “I also believe that one day I will return to heaven, and I really believe in that. It was beautiful, it was just so beautiful,” she said of the songs she had heard.

Through music and dance, Shen Yun aims to restore the principles and cherished values of 5,000 years of Chinese civilization—principles and values once believed to be divinely bestowed.

Many of the story-based dances and lyrics sung by the award-winning vocalists express the bond between the heavens and earth.

Ms. Golden didn’t really know what the Chinese believe, other than that they and revered their ancestors and believed in divine beings. Now she thinks their beliefs are close to her own.

“That’s what I found very beautiful and inspiring because it seemed to go along with what I feel in my heart,” she said.

Both had gasped at the beauty when the curtain first opened revealing a heavenly scene above the clouds. And later, both loved the water dance, “Fairies of the Sea.”

“I just loved the way it looked like water ripples and the colors, the outfits, the blues, the greens,” Ms. McClellan said.

“I have been looking forward to Shen Yun for months! … It was magical and beautiful. I cried, it was so pretty,” Ms. Golden said.

Ms. Golden summed up the experience in one word—perfection.