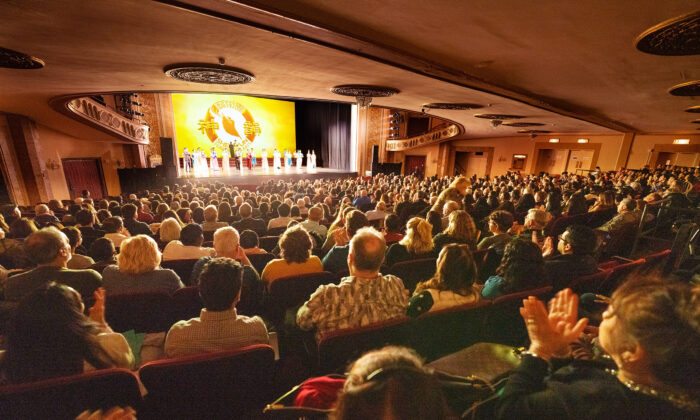 Interior designer and former ballerina Nina Babay gleaned new artistic ideas after watching a performance by the New York-based classical Chinese dance company, which she attended with her mother, Nancy Popehall, in Stamford, Conn., on Dec. 26, 2019.

“The colors were inspiring. The colors of the costumes were very complementary which I understood in the color palette. It was amazing just for fashion. I think you could use those colors in decor as well as in fashion, even for now. I normally wouldn’t lean towards the bright colors, but I have to say, I love the ombré, the gradation of the colors, it was just beautiful,” Babay said.

But Babay was struck by more than Shen Yun’s colorful costumes and backdrops.

Babay was a ballerina for years and today her daughter takes lessons. She marveled at Shen Yun dancers’ technique.

“I was astounded by the control of their bodies. I do appreciate all the choreography, it was just really well done,” Babay said.

Traditional Chinese culture has, throughout time, acknowledged the presence of a divine Creator. Shen Yun seeks to revive this ancient cultural awareness and share it with the world through art.

Babay and her mother resonated with this aspect of the show.

“We’re Christians so, I think I can identify with the idea of the Creator, very similar in that regard. I agree with the thought of the Creator. So many of us unfortunately in the world today have strayed from the idea that there is an ultimate Creator,” Babay said.

“I will tell [my friends] about the beautiful music and the dancing, the choreography and the artistic direction, beautiful production, that I would recommend to others, and be open-minded,” Babay said.

Marine Industry Director Sailed Back in Time Thanks to Shen Yun

Eric Trolio said his life has been changed after seeing Shen Yun Performing Arts at The Palace Theater in Stamford, Connecticut. Trolio is a director in the marine shipping industry out of the United States and had plenty of high praise for the show.

“I felt like I was in the 1600s enjoying the heritage of Asia and maybe kind of like what they went through back in the day—it is not what it is today. Enriching!”

“Fantastic, fantastic. I would give it five stars. Fantastic.”

Trolio agreed wholeheartedly that a Shen Yun performance has the power to change people’s lives. “Absolutely, absolutely,” he said.

With reporting by Frank Liang, Sally Sun, and Brett Featherstone.