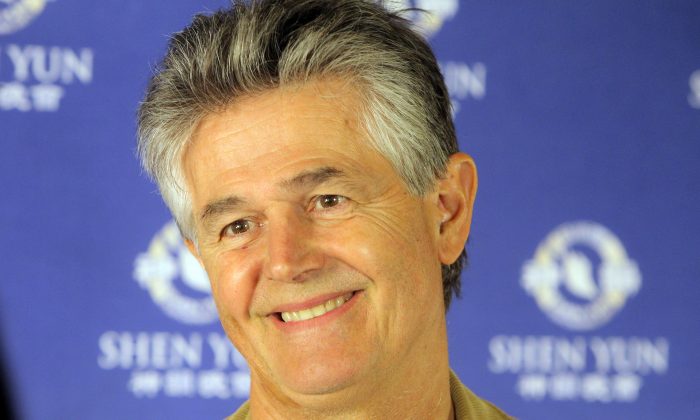 MELBOURNE, Australia—The beautiful coastal city of Melbourne is proud to be called the cultural capital of Australia with a lively passion for cuisine, sport and particularly the arts. Visiting Melbourne as part of their Australian tour is the exquisite Shen Yun Performing Arts. The company presents 5,000 years of ancient Chinese culture through the medium of classical Chinese dance.

Enjoying an evening out with friends on the opening night, at the elegant State Theatre on Feb. 20, was entrepreneur Charles Kovess.

The managing director of Kovess International, a company that provides professional speaking services, Mr. Kovess is a successful businessman, team leader, professional speaker and executive coach and the father of five children.

Shen Yun, he said, had made him feel “inspired, excited and quizzical.”

Shen Yun presents stories from original Chinese texts which extol the virtues of compassion and loyalty. The company also includes present day dance stories like “Trial by Fire”—a story of courage and belief in the Divine in modern China.

“It certainly awakened again the challenge of living your own philosophy in current China,” said Mr. Kovess.

He said there were three things about the Shen Yun performance that really stood out for him.

“The courage that is required to live one’s convictions. And secondly, the piece of information that really struck me was that the dancers were all from New York, and trained in New York. The third one is the 5,000 years of tradition of Chinese dance and Chinese music.”

Shen Yun aims to keep the spiritual essence of this culture alive by telling the stories through classical Chinese dance.

By using Chinese instruments like the two stringed erhu and the pipa, the orchestra also combines the disparate sounds of the music from the East and West, adding an additional dimension to the production.

“In my work I reinforce the need for spirituality in life. It’s quite interesting in my lifetime, I haven’t heard much about a Chinese spirituality. It was a good reminder of the spiritual basis of 5,000 years of Chinese culture,” he said.