‘We’ve Chosen Not to Live Our Lives in Fear,’ Says Pastor at Shen Yun 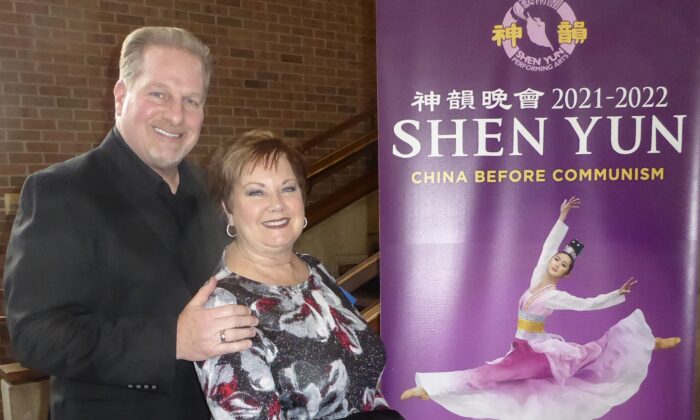 SYRACUSE, N.Y.—Daniel Houck, a pastor, explained why he and his wife Patti, were unafraid to come and see Shen Yun Performing Arts. “I think God made us to be relational people and the last couple of years, a lot of folks have been isolated and it’s impacted who they are,” he said.

“Honestly, neither my wife nor I have lived in fear. During the pandemic, we both were afflicted with COVID early on. We’ve lost some friends to COVID, so we recognize it’s a real thing, but we’ve chosen not to live our lives in fear.”

Daniel, who had reluctantly come along to keep Patti company, said he had been utterly surprised by the performance at the Oncenter Crouse Hinds Theater in Syracuse.

“It was very, very beautiful … very professional, and you know, any time you can be in touch with the beauty that God arranges to show us, it’s a beautiful thing,” Daniel said.

“I was impressed by the modesty of the costumes. [The performance] made me think about what China is like now, the persecution [of religious believers], and that we are so blessed to be in this country,” Patti said.

Before the imposition of communist rule on China, the Chinese people participated in a very long and rich history embedded in a divine culture that emphasized values.

Daniel was impressed by the ability of Shen Yun to create a seamless transition between the performers on stage and the 3D projections that use the company’s own patented technology.

“And the orchestra was amazing. The timing was amazing. Obviously, many, many hours of practice which is pretty cool to see,” Daniel said.

“God’s beauty was very much evidenced today in not only the dance but the music, the scenery—all of it. It was very encouraging,” Daniel added.

For Daniel, Shen Yun’s message is all about hope.

“No matter what season we’re in, we always have hope. Hope can always be found in God. No matter what kind of persecution, nothing matters when we have hope in God.”

Daniel said having a personal relationship with God is the foundation to his faith.

“And I’d like to think that some of the scenery and some of the message that people saw today would draw them closer to their Creator,” he said.

Daniel said it was good to know that in the pre-communist era, Chinese people enjoyed a freer society.

“Communism to me is very oppressive and it’s never a good thing. I think God gives us a lot of freedom. … I feel bad that people sitting under communism don’t know how to get to experience that freedom,” he said.

Learning that hundreds of years ago, China’s culture was very different, was very encouraging, and gives people hope, he said.