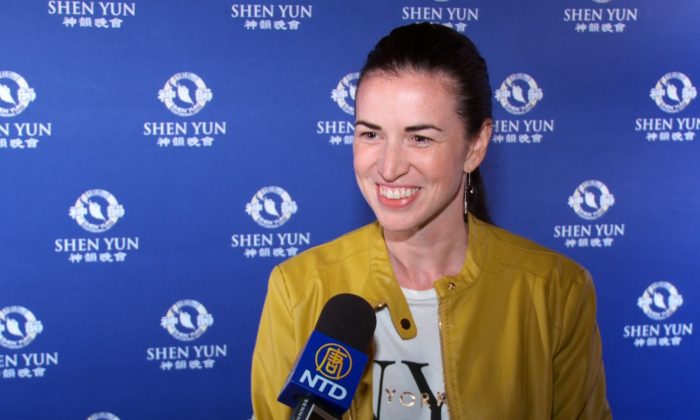 MELBOURNE, Australia—Dance teacher Brooke Synnott was impressed by the athleticism displayed by Shen Yun performers and could see the ancient Chinese culture coming through in the performance.

“The athleticism and gracefulness mixed together is just phenomenal,” she said. “You could really see the culture behind everything they were doing.”

Synnott, who saw Shen Yun Performing Arts at the Regent Theatre on Feb. 15, has had 20 years experience teaching classical ballet. As director of Theatrix Dance Centre, she could appreciate the classical form of dance she saw on stage.

“It was brilliant,” she said of the classical dancing and the tumbling techniques from which gymnastics originated.

“You can really tell they are really disciplined dancers,” Synnott said.

The mission of Shen Yun is to revive traditional Chinese culture; a culture mostly lost under the communist regime. According to its website “Shen Yun rises to the challenge and is bringing authentic Chinese culture back to the world stage.”

Synnott was inspired by the performance and said she drew lessons from it she would then present to her students.

“I just loved how rich it was with culture, and how not to forget what’s happened in the past and bring that through the future,” Synnott said.

“I will definitely draw from tonight’s performance and take it back to the studio, and show my children what the world has to offer.”