Shen Yun Was a Revival of the Senses for Theatergoers 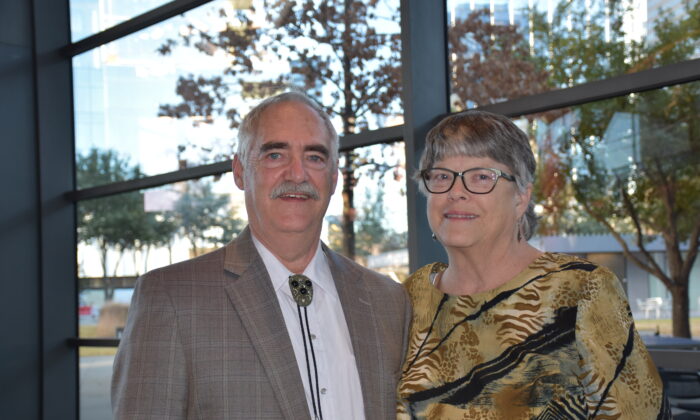 DALLAS–Raymond Watkins and his wife had been told by their youngest son to keep January 4 free, but they didn’t know what was in store for them until their Christmas gift was revealed. On Saturday, the couple went to see Shen Yun Performing Arts at AT&T Performing Arts Center–Winspear Opera House on Jan. 4, 2020.

Raymond was a principal designer for trade show exhibits and museum displays all over the world, including in the United States, Western Europe, Saudi Arabia, and Japan. He was in charge of designing many exhibits for 45 years and was also the vice president of Matrix Exhibits.

As a former principal designer, Raymond considered the performance’s makeup to be exquisite.

“I thought the colors were awesome and just really got your attention,” he said. He also found the costumes of the dancers to be remarkable and said he enjoyed the special effects.

Shen Yun, which is based in New York, uses traditional techniques when it comes to lighting, sound, and set design. According to its website, “Every part of the production exists to support and direct attention to the remarkable performers. You will hear the orchestra’s most natural sound, and see the dancers light up the stage.” Along with that, the set uses an innovated animated backdrop that brings viewers right into the story.

Karen said the performance was exquisite and watching it “was just such a pleasure.”

Hood said the performance was excellent.

The design of Shen Yun’s costumes and colors holds true to traditional aesthetics and styles, according to the company’s website. The colors and details of the costumes are meant to “breathe fresh life” into Shen Yun’s performance, which in turn rejuvenated the artist.

“Oh, the colors were eye-catching I mean it just brought you to life. It was a performance that you can’t get enough of it was just eye-catching I loved it, I could sit through it again and again, it was just beautiful,” Hood said.

Watson said, “I loved the blend of the music and the movement, it told a story, I loved the story.”

The former physician was referring to a theme that Shen Yun shares with its audience, which is the slow erosion of traditional Chinese culture by the hands of the Chinese Communist Party.

Watson said, “Well the story is somewhat sad. However, to me, to see this beauty that cannot be expressed that seems to be suppressed, I see the artists expressing that, and expressing the loss that they feel for their homeland.”

With reporting by NTD Television, Amy Hu, and Don Tran.