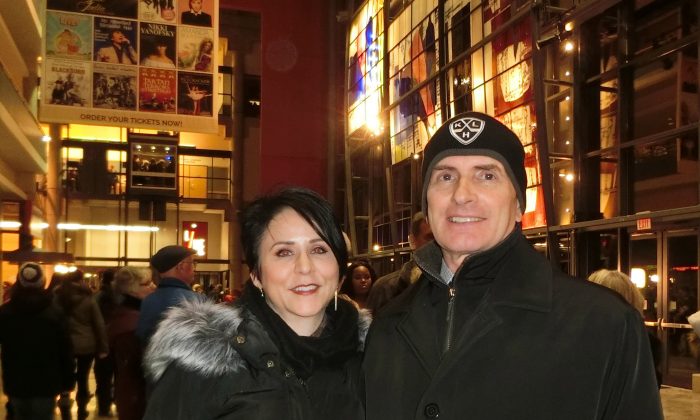 Cindy and John Newall enjoyed the Shen Yun performance at the Living Arts Centre in Mississauga, Canada, on Jan. 23, 2018. "The choreography was very intricate. The dancers were perfectly aligned. It was quite amazing to watch." said Mr. Newall. (Dongyu Teng/The Epoch Times)

“It was fantastic. It was very beautiful, very original. I’ve never seen anything like that before.”

“The costumes were fantastic and I like the way they incorporated the backdrop, the animated backdrop, with the dance. That was really great. I thought it was fantastic.”

“I was really impressed with the way it changed with the seasons and then how they had the figures coming from the backdrop and then just magically appearing onstage. I thought that was really, really spectacular.”