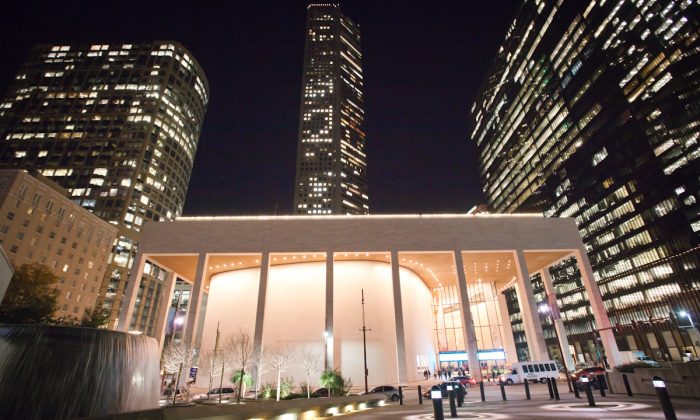 HOUSTON—Dance has been a part of Veena Shetty’s life since she was just 3 years old. For 40 years, she has danced and performed classical Indian dance, a medium she feels very connected to.

“It’s beautiful. I’m going to watch it again and again every year,” she said at the Jones Hall for the Performing Arts on Dec. 30. “I’m going to dream about it tonight.”

She was touched by many moments in the performance, but recalling the shining Udumbara flowers in one dance, she said, “They brought out the softness of the flower, the blooming of the flower. It’s just beautiful. It’s very significant, the blooming, and the hope. The hope for the future.”

The “Mystical Udumbara” dance tells of a story in ancient Buddhist scripture, where the flower blooms once every 3,000 years and heralds the arrival of “The Holy King Who Turns the Wheel.”

“It’s hope for the future. I’m starting a new life, so I think that’s what it is for me, a new beginning, a new life,” she said. “That’s what I took from it.”

New York-based Shen Yun seeks to revive 5,000 years of divinely inspired culture, according to its website, and performs dances that bring to life myths, legends, and beliefs from traditional Chinese culture.