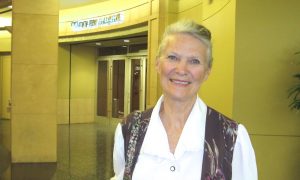 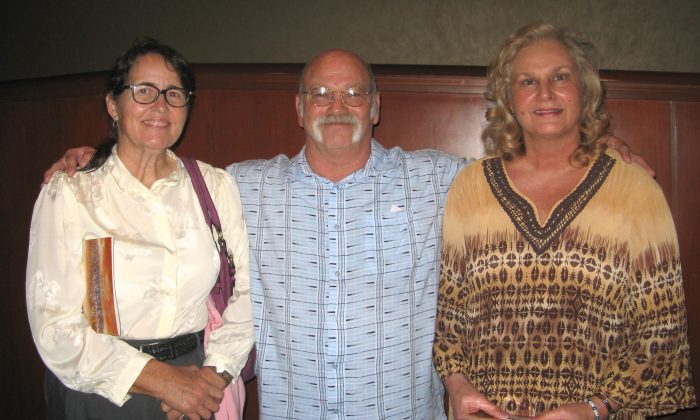 HOLLYWOOD, Calif.—During four consecutive days ending Jan. 25 at the Dolby Theatre, Shen Yun Performing Arts World Company presented a glimpse into China’s glorious 5,000 years of civilization, from before the Yellow Emperor establishing the Zhou Dynasty through to the present.

Shen Yun’s mission is to revive China’s ancient traditions and culture, and in the past nine years has become the world’s premier classical Chinese music and dance company with four touring groups that reach over 20 countries in five continents worldwide with an all-new production each year.

One might ask why Shen Yun has become such a worldwide phenomenon.

James Myers, who attended Sunday’s sold out performance with his wife, Diana, has some idea.

“[Shen Yun is] one of the best things I have ever seen in my life,” he said. “It was breathtaking.”

Mr. Myers was clearly moved by Shen Yun and appeared to be in a euphoric state after the performance.

He felt that perhaps the beauty, the art, or the purity of the performers might have prompted his reaction.

“It was just something beautiful and wonderful that any human being from anywhere could enjoy,” Mr. Myers said.

The performance includes approximately 20 vignettes, no longer than 10 minutes each, that take audiences on a journey through heavenly realms, ancient myths and legends, as well as modern tales of compassion and courage.

Mr. Myers appreciated how so many different artistic mediums are used in Shen Yun, and he felt that Chinese people should be proud about Shen Yun.

“I think the Chinese people [Shen Yun Performing Arts] have done themselves proud by being able to put on this experience for us.”

Mrs. Curren, a former restaurant owner, accompanied Mr. and Mrs. Myers to the performance. She frequently watches ballets and operas, and she was highly impressed with Shen Yun.

“The orchestra was phenomenal. The dancers were great. This is just a really wonderful experience, one of which I am sure I will attend next year,” she said.

“The dancers were so elegant, the choreography was beautiful. The costumes were absolutely phenomenal. It’s just like watching art work in action.”

Although Shen Yun has garnered critical acclaim throughout the world, it cannot be seen in China today due to the communist party’s repression of free expression.

She felt that it would be wonderful if Shen Yun appeared in theaters throughout China.

Another group of delighted audience members were Camille and her granddaughters, Hannah (11) and Sarah (9). They were impressed with the nimbleness of the dancers.

Camille said, “I was telling my girls how light they are on their feet [and] that no matter how they jump up, when they come down, it doesn’t make a boom on the stage. It’s just so light, you don’t hear anything. And they’re all doing it, and there’s no sound.”

Camille felt that there were some universal connections between her beliefs and those of ancient China. She appreciated the spirituality in one of the performances, a particular vignette in which a Chinese police officer who persecutes Falun Dafa meditators is moved by their compassion.

“[The policeman] came to know God. I really liked that,” she said.

China was once known as “The Divine Land” (Shen Zhou), a land with deep spirituality rooted in Buddhism, Daoism, and Confucianism.