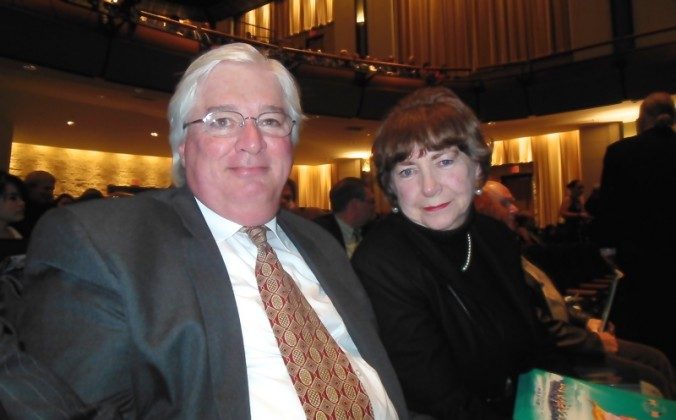 The New York-based company has been wowing audiences since its debut in 2006 by bringing back the divine culture that once thrived in the land of China for some 5,000 years. “This was a land of heroes and sages, dragons and phoenixes, emperors and immortals. Known today as China, this place was once called ‘the Middle Kingdom’ and ‘the Land of the Divine,'” according to Shen Yun’s website.

The breathtaking performance, which tours the world—except in China, where traditional culture has been nearly lost under decades of communist rule—has played in Jacksonville almost every year since 2008, and though little can compete with the city’s 22 miles of white, sandy beaches, Shen Yun has left a deep impression on audience members.

“It really presents China in a wonderful way,” local business owner Don Dymer said after the Jan. 24, 2015, Jacksonville performance. He came to see Shen Yun Performing Arts because he had heard the performance was entertaining and educational.

Shen Yun “is doing a great job explaining what it is that goes on in China and the history,” Mr. Dymer said. Shen Yun’s story-based dances convey ancient myths and legends as well as tales of courage and perseverance set in ancient times and also in contemporary China.

‘The Beauty Moves You’

“It’s God’s gift,” said JoAnn Ray, following that same 2015 performance. Mrs. Ray, who owns Northeast Florida Automatic Fire Protection and Apprenticeship and attended the performance with her husband, David, said she felt the Shen Yun performers sharing their beliefs and culture in such a way was a gift from the Creator.

The performance gave her shivers emotionally, spiritually, and intellectually. “The beauty … moves you. It moves you inside and spiritually,” she said.

Mr. Ray felt love and compassion in the dance “The Power of Compassion” and said he was moved by the ongoing persecution of Falun Dafa practitioners. The dance portrays people practicing Falun Dafa, a spiritual meditation discipline whose practitioners are persecuted in China today.

“The people can overcome it,” he said, adding that the message was very good.

‘Hope for a Better Future’

Classically trained dancers, an orchestra that blends music from both the East and West, and some incredible animated backdrops are the hallmark of a Shen Yun performance.

Chinese dance encompasses the deep cultural traditions of China and is Shen Yun’s specialty. The richly expressive movements help portray the feelings and personalities of characters. The flips and spins of the dancers–together with its gentle elegance–make for one of the most expressive art forms in the world, according to Shen Yun’s website.

“We wish we could see this more often in Jacksonville,” said Dr. Mihaela Ionescu, a physician at Orange Park Medical Center following the May 10, 2014, performance in Jacksonville. She said the performance “keeps our hopes up, keeps our values up, and gives us a reason to hope for a better future.”

After Jacksonville, theatergoers will have only three other opportunities to see Shen Yun in Florida this year: in Melbourne, Venice, and Orlando. For those traveling outside of the state or even the country, they may well find Shen Yun performing in a city they are visiting.