Shen Yun, ‘They have a lot to give us’

'We have a lot still left to learn' 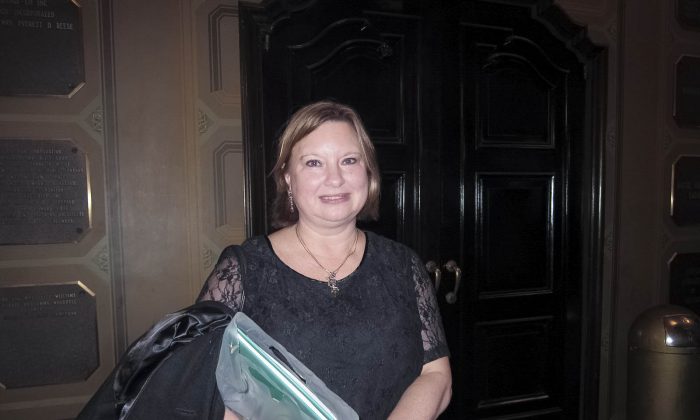 Ms. Puskarich-Sriprajittichai’s husband took the role of babysitter so she and her friend could attend the performance of Shen Yun Performing Arts Touring Company’s at the Ohio Theatre on March 11.

“Through the universal language of dance, music, and song, Shen Yun takes the audience to heavenly realms, ancient legends, and modern heroic tales,” according to the company’s website.

More specifically, it states: “Sophisticated dance techniques, an orchestra joining instruments from both the East and West, beautiful costumes, and a stunning back drop—this is Shen Yun at first glance. But digging deeper, one discovers a sea of traditional Chinese culture.”

Audiences report that this ancient culture touches the soul. Of the songs performed by opera-style vocalists with the lyrics projected behind them, Ms. Puskarich-Sriprajittichai said that they were “pleasantly surprised with the interpretation—how it speaks to the soul. … Both of us are very sad that this cannot be practiced in China. I hope that changes.”

In 2006, Chinese artists come together in New York to revive this 5,000 year-old Chinese culture.

As the Shen Yun website explains, “Forcing atheism upon society, the Chinese Communist Party has for decades launched various campaigns—most notably the Cultural Revolution—to destroy not only cultural sites, temples, and relics, but also the Chinese people’s belief in virtue and faith in the divine.”

“We appreciate the courage that these [performers] have, and everyone who is involved with this production to share this with us,” said Ms. Puskarich-Sriprajittichai.

“It takes a lot of courage, along with the hard work that they put into the performance to share this aspect of their culture and their [spirituality]. They have a lot to give us. We have a lot still yet to learn,” she said.

Although Shen Yun cannot perform in China, it tours globally six months out of the year and will travel to 100 cities in 2015, visiting 18 cities in the Midwest alone. After the Columbus performances on March 11-12, Shen Yun will travel to Peoria, Ill., Des Moines, Iowa, Milwaukee Wis., and Kansas City, Mo.

In an interview posted on the company website with Shen Yun principal dancer Jialing Chen, she said: “Classical Chinese dance is a perfect representative of traditional Chinese culture because so many aspects of this civilization are woven into it. It incorporates traditional aesthetics, decorum, and values, which you can see in the dances.”

For Ms. Puskarich-Sriprajittichai, the Shen Yun dancers and costumes were beautiful and stunning. She took away from the performance the heart of traditional Chinese culture—its spiritual nature and universality—the reason the company website calls it humanity’s treasure.

“I am Christian [and] my husband is Buddhist [and Chinese]. I don’t see a big difference in principle between what we are learning here tonight and Christianity or Buddhism. It’s the same … we are all connected. We are raising our children that way.”

This connection among people, she believes, is the need for something higher than us. “We all need God, however he comes to us culturally. We all need that connection with the divine being, our Creator … the love. And, I think that’s the commonality; it is the tolerance and the love for each other.”

Without the principles of compassion and tolerance, as depicted in one of the contemporary story-dances, humanity won’t survive, she said.

Ms. Puskarich-Sriprajittichai concluded,”You can’t box God in, and it’s beautiful how he expresses himself in different cultures. So we can find him, connect with him, and love each other while we are here.”