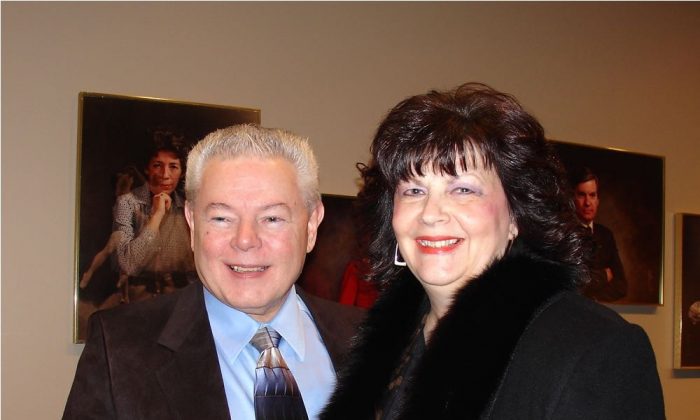 Shen Yun, ‘The Heart of the Chinese People’

GRAND RAPIDS, Mich—”I thought it was phenomenal,” said Rose Wentworth. “I thought it was compassionate and moving, and sensitive, and positively dynamic. The colors, the women, so delicate in their movements. The men were just marvelous with their athleticism. I would come and see it again. I thought it was lovely. I’ve never been before, and this was very, very special. I thought it was also emotionally moving right from the very beginning.”

Her husband and fellow minister Ted Wentworth explained that since three of the couple’s grandchildren are part-Chinese, the performances resonated with him. “What I really enjoyed is [seeing] the culture of three of my grandchildren. And so to see the history, what they grew up in. Just to bring it to life, it’s wonderful. I thoroughly enjoyed it.”

As evangelical ministers, the couple were deeply moved by the spirituality they saw in the performances.

Mrs. Wentworth said, “They are conveying their point of view, their beliefs. How connected heaven is to earth…You can’t help but miss that compassion. It is there. It is throughout the entire performance.”

They were saddened to hear that Shen Yun cannot be performed in China. Mrs. Wentworth said, “There’s such a gentleness that comes across. A tenderness. It’s magnified. It seems to me that the people would be tender, kind, considerate. I think all that shows in the dance. There’s great emotion in it. And then to know—it stirred me emotionally, to know that this cannot even be performed in China. I thought that was for the Chinese people, for their children, culture, their family, children who have gone away to do this, and maybe they won’t see them again. The expression of it was so genuine and pure. It was just lovely. And it was emotionally stirring to me.”

Mr. Wentworth and his wife said they were aware of the repression of spirituality in modern day China, and were moved by the performances that touched upon the persecution against the meditation practice, Falun Dafa.

Falun Dafa, a peaceful meditation discipline, whose adherents live by the principles of truthfulness, compassion, and forbearance, has been persecuted in China since 1999.

Commenting on the persecution of Falun Dafa practitioners, Mrs. Wentworth mentioned the communist regime’s torture of those who are trying to be “pure, when they are outside wanting to exercise, to dance, to share with others, the [police] come out and are harsh and cruel, and evil.”

Mrs. Wentworth said, “You know, I’ve read several books and the persecution that the people go through, just daily suffering the lack of food, the lack of schooling for so many—books, clothes, everyday things that here in America we take for granted because it’s right here.”

Mr. Wentworth said, “I know in China what’s going on…heaven and earth are connected, and we were created to end up in heaven, and not hell. The good is going to win. I like that part.”