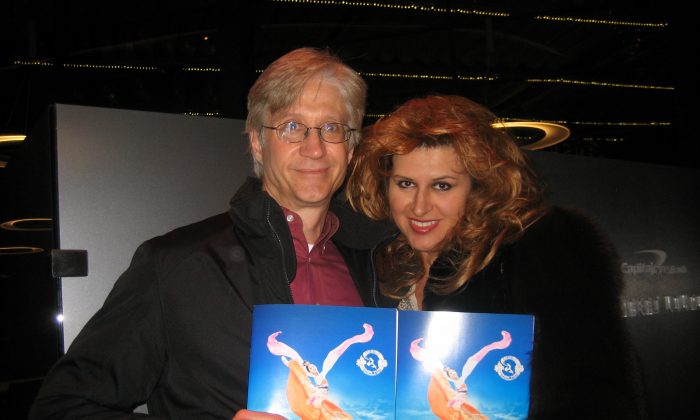 DALLAS—Mr. Kirk Fichtner grew up reading Chinese fairy tales, and was delighted to see them come to life through Shen Yun Performing Arts as his anniversary present from his wife.

“The energy, the color, the music was wonderful, the mixture of East and West is unique, and the first time I ever saw anything like that,” said Mr. Fichtner, CFO of Share Financial Services, at the Winspear Opera House in Dallas, Jan. 4. “I thoroughly enjoyed it.”

“It’s a well-told story going from the very beginning–the descent from heaven to earth, and then all the way to modern times–I really like that aspect,” Mr. Fichtner said.

The stories Shen Yun told through dance included classic Fiction, folk tales and legends, like pieces from the novel Journey to the West. Mr. Fichtner had been familiar with these stories and enjoyed seeing the historical aspects Shen Yun shed light on as well.

“Each little set has a story behind it so that is very interesting to me,” Mr. Fitchner said.

Mr. Fitchner saw universal beliefs and values within the story, such as good versus evil and respect for the heavens. The arts Shen Yun performs, like classical Chinese dance, are steeped in traditional Chinese values like these.

Mr. Fitchner especially enjoyed seeing scenes from the different dynasties of China, and had enjoyed the Tang Imperial Drummers and the energy of the performance.

“I want to come again,” Mr. Fichtner said, adding he had many family members to recommend this to. “It’s a different show every year.”