Shen Yun Teaches You a Lot About Chinese Culture 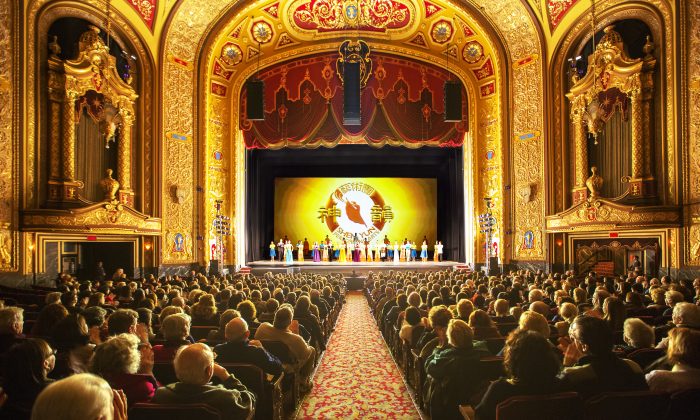 PROVIDENCE, R.I.—As Westerners we might not appreciate that China’s culture began thousands of years ago, but Shen Yun Performing Arts can help us learn that it’s more than what we see today.

“I think China has been such a rich culture for 5,000 years, and we only know a little bit about it,” said Susanne Greschner, who saw the New York-based company at the Providence Performing Arts Center on Feb. 6.

“I learned so much about Chinese culture,” she said. “I think everyone should see this show.”

There are many facets to Chinese culture such as the multitude of ethnicities that still reside in China today: Mongolians, Uyghurs, and Tibetans, to name a few. The ethnic dances as well as documented stories from China’s dynasties are some of the inspirations for Shen Yun’s performances.

Vignettes of legendary stories, documented and passed down since ancient times, are told through traditional Chinese dance. Through combinations of expressive movements, dancers portray feelings of a range of characters. The rigorously trained dancers dazzle audiences with flips, leaps, turns, spins, and other aerial and tumbling techniques, states the Shen Yun website.

Ms. Greschner said she was amazed by the whole performance, including the unique East meets West orchestra, the beautiful dancers, and the strong human spirit that came through in the performances.

“No matter what, the human spirit is the strongest, so it will survive everything,” she said, referring to a modern scene depicting a couple being persecuted for practicing their beliefs. It was a profound reenactment that brought tears to Ms. Greschner’s eyes.

And when she heard what she thought was solely Eastern music accompanying each dance piece, Ms. Greschner unexpectedly caught a violin in its midst.

Actually, the Shen Yun Orchestra is comprised of mostly Western instruments accented by distinctively Chinese instruments, like the erhu and the pipa, to create the rare sound. It is attracting notoriety in its own right with individual performances in the United States and Canada.