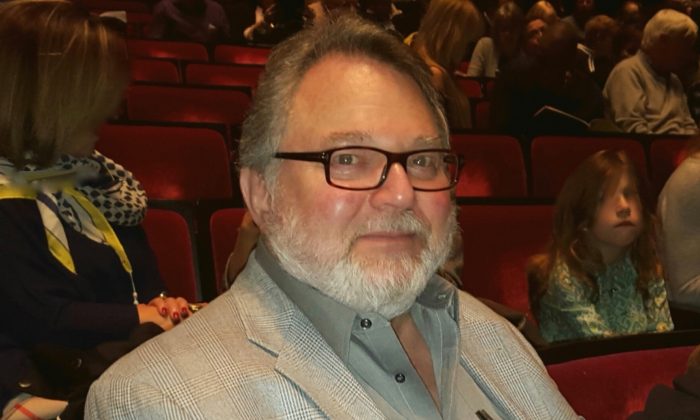 But in seeing Shen Yun Performing Arts at Lincoln Center Saturday afternoon, Mr. Schwartz was whisked away to what he called a fairy tale world.

The theater was packed, the audience was appreciative and quick to applaud, and it seemed like troubles were a world away.

“Extraordinarily colorful, beautifully graceful, music is excellent as well,” Mr. Schwartz said on March 12. He added he liked the “artistry of the dances and the movement.”

New York-based Shen Yun is the world’s premier classical Chinese dance company, and each year’s program brings some 20 vignettes showing the history and stories of China. The company’s mission is to revive the authentic traditional Chinese culture, which spanned 5,000 years before communism took power and the regime sought to brutally eradicate the old traditions and beliefs.

Mr. Schwartz has been to Tibet, and is well aware of the Chinese Communist Party’s brutality.

Some stories in Shen Yun touched on topics from modern history, giving the audience a glimpse into the situation of China today, when spiritual practices are banned and the traditional culture was nearly wiped out. The stories are hopeful, include happy endings and comedic moments as well.

Mr. Schwartz knew that in real life, the circumstances are rarely that optimistic.

But what was optimistic was that the stories from “Journey to the West” are able to live on, bringing people to a stylized, aesthetic world where problems have solutions.

“I like the mythic pieces,” Mr. Schwartz said. “The mythic storytelling I find charming.”

“This is a world where trouble is aestheticized, it’s made beautiful, and that’s what I like,” he said.