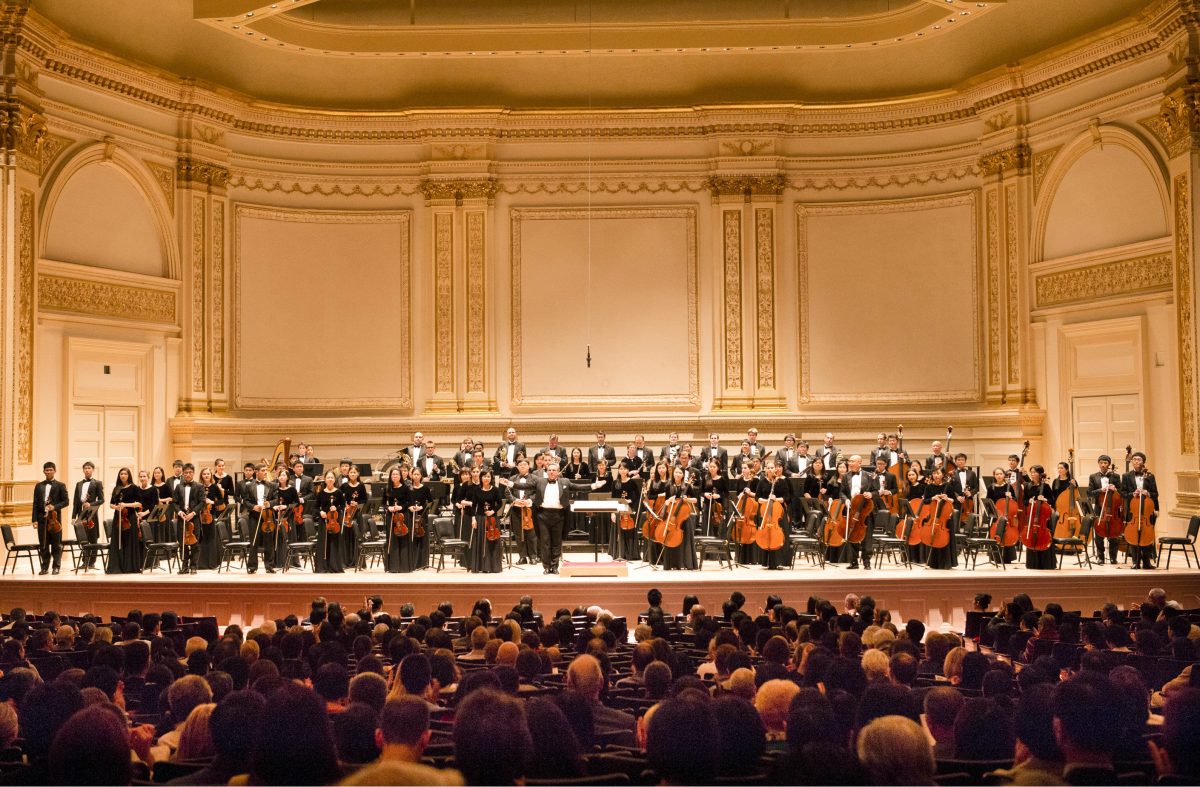 TOKYO, Japan—With a one-of-a-kind music that has captivated concertgoers in North America in the past four years, Shen Yun Symphony Orchestra will begin its 2016 season with a tour of 13 cities in Asia, with the first stop at Tokyo on Sept. 15.

Based in New York, Shen Yun Symphony Orchestra is part of Shen Yun Performing Arts, a classical Chinese dance and music company whose mission is to revive 5,000 years of China’s ancient culture. While the dance company has been touring Japan annually since 2007, this is the first year that the Symphony Orchestra will travel to Asia.

Mr. Yamakawa recounted the popularity of Shen Yun when the dance company was in Japan earlier this year. “In April, all the performances at Osaka and Nagoya were filled to capacity, and nearly all the tickets were sold out for the performances in Tokyo.” Mr. Yamakawa explained that the “pure compassion and pure beauty” of the performance had taken roots in Japanese people’s hearts.

For those who have seen the orchestra, whether it is during the Shen Yun Performing Arts or the Symphony Orchestra, the experience has been truly unique.

“The orchestra is beautiful and, of course, everybody enjoys the mix of the Western instruments with the ancient traditional Chinese instruments, and the sound is unique,” said Christine Walevska, a highly acclaimed cellist, when she saw the Performing Arts at New York’s Lincoln Center in March this year.

What sets the Symphony Orchestra apart is its masterful blending of two different musical traditions. Classical Chinese instruments such as the pipa and erhu lead the melody while the Western orchestra serves as the foundation.

“This is why Shen Yun is beloved by both classical music enthusiasts and folk music lovers,” wrote Mr. Yamakawa.

“I have to tell you the sound is beautiful. The orchestra, very talented. And the voices, the voices are superb,” said Stewart F. Lane, a six-time Tony Award-winning Broadway producer, after watching the Symphony Orchestra performance at Carnegie Hall in October last year.

“This classical music, with great emphasis on traditions, gives people a wonderful feeling,” said Mr. Hirai in an interview with Chinese-language Epoch Times. “There are many different kinds of music. But it is only the pureness of [Shen Yun] music that can truly touch people.”

Tokyo Opera City Concert Hall is the venue when Shen Yun Symphony Orchestra comes to Tokyo for two performances on Sept. 15. The Concert Hall, ranked in 2015 by The Guardian as one of the top 10 concert halls in the world, opened in 1997 with a performance by Seiji Ozawa, a legendary Japanese composer who has won multiple international awards.

Designed in a shoe-box style, the Concert Hall boasts excellent acoustics with the hall completely framed in oak wood and a ceiling that has the shape of a distorted pyramid covered with carefully angled grooves.

Music was not the only thing that audience members in Japan took away, according to Mr. Yamakawa.

“What’s more important is Japanese people are able to come in touch with the longing and respect for traditional Chinese culture and find the real China within their hearts, because of the performance by Shen Yun’s orchestra,” wrote Mr. Yamakawa.