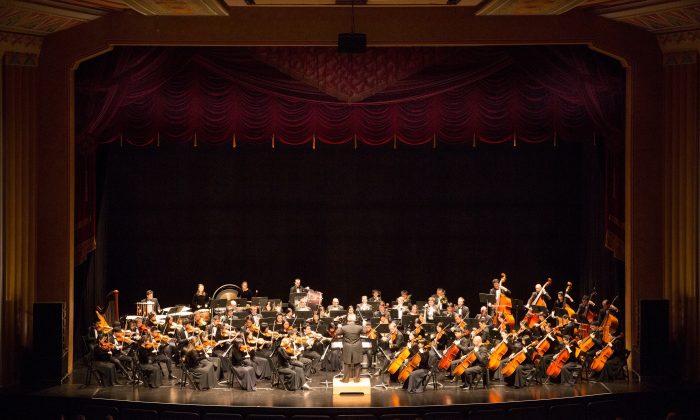 BURLINGTON, Vt.— “The orchestra was just gorgeous. The solo violinist was one of the best I have ever heard in the world, even from a recording or anywhere. And all of this is glorious. The Director is excellent, I mean it couldn’t be better, you know it’s just perfect,” said publisher Henri Pavot, after seeing Shen Yun Symphony Orchestra’s concert at the Flynn Center For The Performing Arts on Oct. 4.

Originally from France, Mr. Pavot is the founder of two publishing houses—Les Éditions du Nouveau Monde and Les Éditions des Bons Moments in France and Quebec respectively, and is also a researcher in the field of science and spirituality, conducting workshops and seminars under his pen name of Marc Saint Hilaire.

Mr. Pavot has been a music enthusiast since his childhood, having been introduced to it by his father. Since then, in his spare time, he enjoys listening to music and playing the organ.

The Shen Yun website describes what makes this orchestra different: “Shen Yun Symphony Orchestra presents Eastern and Western musical traditions in a concert like no other. Shen Yun’s original music is inspired by 5,000 years of Chinese civilization and blends the beauty of ancient Eastern instruments with the power of the Western symphony orchestra.”

Mr. Pavot gave his own account of what makes the Shen Yun Orchestra different: “The technique of it is perfect and they are perfect. And the feeling is great, the director gives a lot of beautiful love.” “It’s from the heart, love from the heart.”

According to Mr. Pavot, the performance left him feeling happy and uplifted. “You feel very spiritual there is no doubt, you cannot escape that you know. It’s great!” He said.

Solo violinist Fiona Zheng and the orchestra received a standing ovation after their performance of “Gypsy Airs.” Mr. Pavot described her playing as “transcendental” and said, “She comes directly from heaven.”

“I don’t know anyone who could play violin better than that, that’s all I could say,” Mr. Pavot said. “It’s just, you know so fast and so perfectly in tune, that the highest notes, where it’s absolutely accurate. And everything you know, it couldn’t be better.”

“I didn’t know what to expect, and I loved the variety of music and the energy and the outfits, just beautiful,” Ms. Tuff said.

The performance left her with an impression of its size, variety, and energy.

While listening to the music, she sometimes felt peaceful, sometimes energized, and just “harmonized.”

As for what she’d tell her family and friends: “I would say it’s a wonderful something to do on a Sunday afternoon.”

Mr. Pavot said he had already recommended Shen Yun to many people in Canada, and many of them had come to attend the show.