'I think he must be an incredible leader, incredible artist, and to lead this amazing group of dancers is just wonderful.' 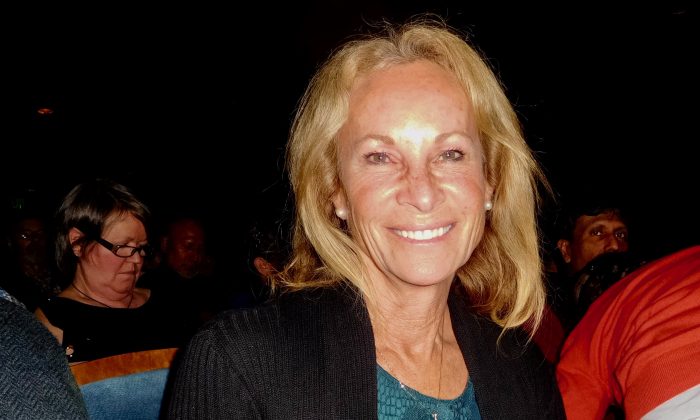 When she attended a Shen Yun performance at Zellerbach Hall in Berkeley, California, on the evening of Dec. 15, Yates was touched by the tradition she saw there. She admired the stories the dancers told through classical Chinese dance.

“Behind each dance, there’s a story. It’s beautifully told,” she said.

New York-based Shen Yun’s mission is to revitalize China’s 5,000-year-old culture and history for today’s audiences, using the universal languages of dance and music. Many of the dance pieces tell stories of ancient and modern China, and others are Chinese folk or ethnic dances.

As a dance teacher, Yates appreciated the dancers’ skill level.

Sarah Nordin, a college professor in the field of criminal justice, also attended the Dec. 15 performance. She expressed her gratitude for the experience of seeing Shen Yun.

Nordin was interested to see a story of a persecution taking place in present-day China.

Under the current Chinese communist regime, traditional Chinese values and culture are oppressed. For instance, one meditation discipline called Falun Gong, which is based on truthfulness, kindness, and tolerance, is severely persecuted in China. The Shen Yun dance piece “Goodness in the Face of Evil” tells a story of Falun Gong practitioners’ courage and perseverance in the face of persecution.

“They’re still practicing [Falun Gong] there,” said Nordin. “I know what courage that is; that’s amazing. … I’m glad they brought it up.”

She was happy that goodness prevails in the story.

“I’m glad that we have seen this … that light came about, and there is hope.”

Lloyd Wallsten, a vice president of the brand Cole Haan, was touched by the dancers’ movements and the music.

“It was fun to see how the flow of history from the Chinese is played out in each of the scenes,” he said.

He added that Shen Yun is “well-worth seeing.”

“It is very spiritual. Each one has a story to it,” he said. “And at the end, the good always seems to win out.”

“It’s beautiful,” said Jim Horan, president of The One Page Business Plan Company, who saw Shen Yun on the same day. “The music is wonderful, and the costumes and the color—it’s really very, very special and unique. It’s really wonderful; captivating.”

The dancers are accompanied by a live orchestra that includes both Eastern and Western musical instruments.

“As soon as it opened up, and I saw the color and the movement and the music, it was very emotional,” Horan said.

He was fascinated by the Chinese culture expressed in the performance.

“I love the stories, and the dancers do an amazing job of telling the stories,” he said. “The two announcers are doing a great job of setting the scene for each of the dances and stories. It’s very wonderful.”

Horan also praised Shen Yun’s Artistic Director: “I think he must be an incredible leader, incredible artist, and to lead this amazing group of dancers is just wonderful. Don’t stop!”