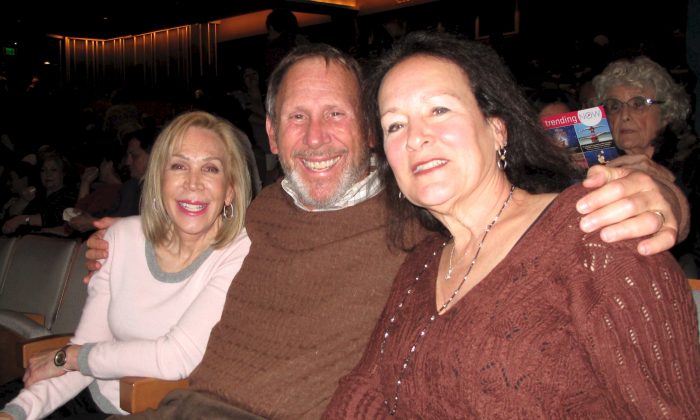 NORTHRIDGE, Calif.—Shen Yun Performing Arts is on a mission to revive China’s 5,000 years of culture, igniting people’s interest in the traditions and values that made the Middle Kingdom one of the richest cultures mankind has ever known.

Linda Steinbaum, an award-winning playwright, was one of those whose interest was piqued at the Jan. 27 performance.

“We were enchanted,” she said. “Learning a little bit about the culture.”

Linda’s husband, Bruce, also enjoyed the window into the lessons of China’s past.

“What I am finding particularly interesting is the emphasis on good deeds and carrying the good deeds forward, which is something that is universal through history,” he said.

One vignette, called The Power of Compassion, deals with modern China, where practitioners of Falun Dafa, a meditation practice rooted in ancient Chinese culture, are persecuted. In the dance, a practitioner who is facing persecution at the hands of a policeman actually helps when the policeman hurts himself.

Mr. Steinbaum said he didn’t realize that there was this kind of lack of religious freedom in China.

“This is clearly saying these are the traditional Chinese values that maybe haven’t been honored in China itself,” he said. “It’s being done in a beautiful way.”

The Shen Yun website explains about the current regime in China’s attempts to destroy traditional culture: “Forcing atheism upon society, the Chinese Communist Party has for decades launched various campaigns—most notably the Cultural Revolution—to destroy not only cultural sites, temples, and relics, but also the Chinese people’s belief in virtue and faith in the divine.”

Mr. Steinbaum said that overall he found it “very fascinating to look into a particular culture and an attempt to educate people about why their culture is important.”

Also enjoying the show were Robert and Marilyn Swanson.

Mr. Swanson, a retired lieutenant with the LAPD, also appreciated the principles being presented in the dances.