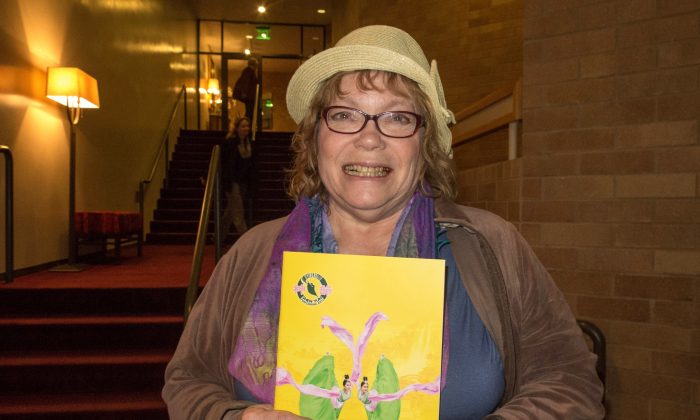 BOISE, Idaho—In recent years, it seems that China has been catapulted onto the world stage. But Susan Kraft, a human rights activist and government watchgroup blogger, knows there has been both good and evil playing out behind the scenes.

Much of it is still little known, and her site is helping change that. Yet Ms. Kraft never would have imagined seeing a glimmer of that good and evil played out on stage amid the beauty of Shen Yun Performing Arts at the Morrison Center for the Performing Arts on Jan. 20.

One of the injustices Ms. Kraft has followed is the persecution of Falun Gong in China. Founded in 1992, Falun Gong is a spiritual meditation practice that teaches truthfulness, compassion, and forbearance.

But since 1999, the peaceful practice has been brutally persecuted by the communist regime. Practitioners of Falun Gong are arrested, illegally detained, tortured, and even killed for their organs. The organ harvesting has gone on for several years, and there is evidence that it continues today. It is a horrible injustice that Ms. Kraft feels strongly about.

So when Falun Gong was mentioned in one of Shen Yun’s story-based dances, Ms. Kraft was so moved she cried through the performance until intermission. Shen Yun seeks to revive the authentic traditional Chinese culture, and according to the program, tells stories of China from its earliest days up through modern times.

Traditional Chinese culture is believed to be divinely inspired, and ancient Chinese believed in harmony between Heaven, Earth, and humankind. This is at the heart of the culture, and something the communist regime has sought to root out through campaigns like the Cultural Revolution.

Even the traditional art forms—like the classical Chinese dance New York-based Shen Yun performs—have today become a only shell of what the Chinese art forms were meant to be since the spirit of the forms have been removed.

Ms. Kraft was so shocked that the dance company would speak out against the communist regime at all, and Shen Yun seems to do so just by virtue of its existence. She knew then that Shen Yun could not have come from communist China.

And that is why Shen Yun is so important, according to Ms. Kraft. “If you don’t speak out, it continues,” she said.

That Falun Gong was mentioned was beautifully meaningful to her, and the performance itself was artistic and beautiful as well.