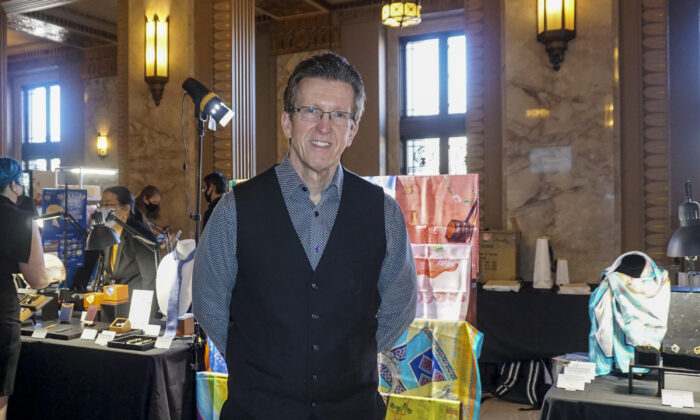 ST. LOUIS, Mo.—How a dance performance depicting the foreign culture of a faraway land became globally loved speaks to both the genius of Shen Yun as well as the universality of its message.

Shen Yun has toured five continents since 2006, sharing stories from ancient China that have been all but lost due to communist rule. Through its classical dance and music, audiences get to see a glimpse of what China might have been like throughout its 5,000 years of history.

I really appreciate the fact that you can tell a story without understanding the language.
— Kevin Shrake

“I really appreciate the fact that you can tell a story without understanding the language,” he said. “It’s a language of song, motion, and spirituality. And you can feel that without having to hear a language.”

Shen Yun presents snapshots and stories from China in 10-minute vignettes, each transporting the audience to a different region, dynasty, or even mythological setting with the help of a patented digital backdrop. With the live orchestral music which blends Eastern and Western instruments and historical costumes, the net effect is a total captivation of the senses.

“The music was helping tell a story,” said Shrake. “And the story about the hospital was of particular interest to me because it had anxiety, it had stress, but it had a good ending to it as well. And so it touched my emotions.”

Shrake was referring to a piece about modern China, and the dangers prisoners of conscience or religion face there.

Awareness of Freedom of Belief

Brian Rees, currently a railway conductor, also felt deeply when seeing that piece. When he was working as former military law enforcement in the Marine Corps, he would occasionally transport organs for organ donors.

“But of course, I know that what’s going on in China is totally different than what’s referred to as ethical medicine, but unfortunately when you have no ethics, nothing is off-limits,” he said. “I’m so glad to see this performance here in this country, where we are still free and it can be shared.”

Rees had been aware of Shen Yun for several years and finally had the opportunity to see it.

He commented on how the performance portrayed the ongoing persecution of practitioners of Falun Dafa, a self-cultivation practice based on truthfulness, compassion, and forbearance. Falun Dafa’s 100 million Chinese practitioners have been the target of brutal persecution by the Chinese communist regime for the last two decades.

Although Shen Yun depicts Chinese culture, it cannot be shown in mainland China. A chief reason is that the performers are Falun Dafa practitioners.

“I’ve been all over the world for decades from the North Pole to the South Pole and almost every place in between, and a lot of the fundamental principles of right and wrong are still portrayed in Falun Dafa, and that is consistent with the best parts of all other religious philosophies,” Rees said.

“When you have the freedom and the quality of life in these veins, the people are happy and very, very productive and that’s what establishes and maintains great civilizations,” he said.

“When you start to take away their freedom, especially religion, it starts a downhill slide, so a lot of the points that are being made in here are historically accurate, so powerful, and significant.”