Shen Yun Shows We Are All Connected

'People need to stop, smell the coffee and realise what's going on' 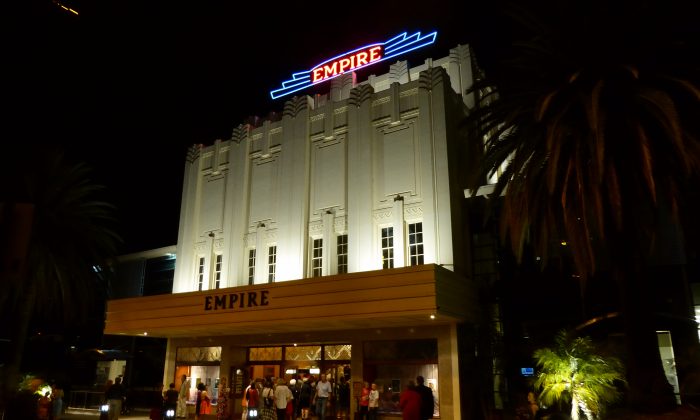 TOOWOOMBA, Australia—With the wind in their sails, Shen Yun Performing Arts World Company sailed into the Queensland country city, Toowoomba, and blew them all away.

Based in New York, the classical Chinese dance, music and song company stopped for a one off evening performance at the Empire Theatre, before heading off to three performances, March 4 to 5, on the Gold Coast.

Retiree Frank Roper was in the audience soaking up the atmosphere, created by the New York-based company’s depiction of the divinity of mankind, believing the “divine aspect has not been spoken of enough,” he said.

“I was very, very, happy to see that in this show tonight. The divine aspect is who we are, it’s where we came from and we are all connected, we are all one—and I think the sooner people realise that we are all one, the sooner things won’t be so bad.”

Shen Yun has for over a decade played to millions around the world bringing China’s 5,000-year divinely inspired culture into the 21st century for mankind to enjoy, but this treasure was almost lost due to China’s communist rule.

Depicting heroic legends, folkloric tales, and modern day stories through the performing arts, Shen Yun this year features some 11 performances of classical Chinese dance, along with performances of ethnic or folk dance, bel canto vocal solos, and an erhu solo.

Running through the Shen Yun program was a theme that heavenly help is here, Mr. Roper said.

“People need to stop what they are doing, wake up, smell the coffee and realise what is going on.

“There is a heartfelt revolution going on worldwide and many countries are involved and I think it’s a very good thing.”

Recapping the performance Mr. Roper said he had seen many shows in his time, but “this one was spectacular,” he said.

“It felt so personal, you could see the expressions on the dancers’ faces, you could understand the emotions that they were going through, fabulous, and of course the costumes were absolutely full on, just beautiful, really gorgeous—very well done.”

“You can feel what she was trying to portray, it was very, very, good.

“In my words, it was all from the heart, it was all about heart. I was picking up feelings of love, forgiveness, consciousness; it was all rolled in together. It touched my heart deeply.”

“Fabulous, perfect singing, great voices. The last lady, (Min Jiang), when she sang—you could feel the vibration coming from her voice all the way through the balcony,” Mr. Roper said.

“Once again the feelings that were coming through from the performance were just very, very, good. I’ve never experienced anything like that before.”

Also in the audience was university student, Mandy Gabler. She said Shen Yun was a “magic act you can’t take your eyes off for one second. It’s breathtaking, magnificent.”

In one such story dance, “Monkey King and Dragon King,” humour shone through,” she said.

“Especially with the old monks as well, how they have super powers and they overtake evil, like old traditions really shine through in this show and I recommend it.”

Ms. Gabler was amazed by the techniques of classical Chinese dance, an independent dance system and one of the most comprehensive in the world alongside ballet.

“All the flips and moves are actually an art form in itself, it’s so beautiful and it takes a lot of dedication and practice which you can see has really earned … respect.”

“China is so massive and the world is so big but we need to learn, as Westerners, to go more into that culture … because they come towards us and they have to learn from us, so we should do the same, make a bridge—a rainbow bridge.”