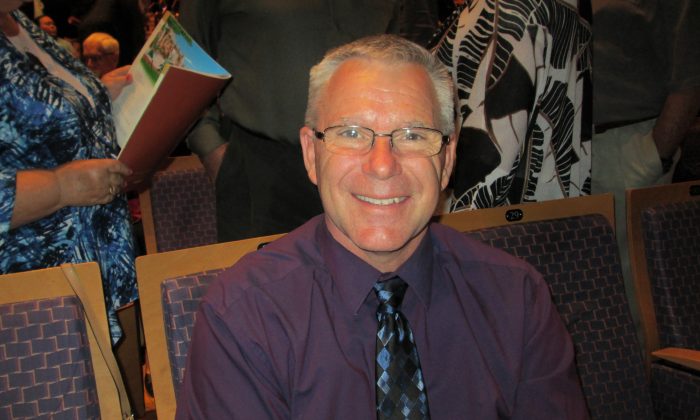 “It’s fantastic. The culture that we’re able to witness is just amazing.”

“[The dance ‘Unprecedented Crime’ was touching] where the man had been taken … and then he was tortured trying to not give up and keep his faith. Then at the end, after they took his eyes, and the god came down and restored his sight—that was a little heartening. … I actually got a little tear in my eye.”

“It resonates with me in that all of us in the world have certain beliefs, and we all believe hopefully in the end that we have a heaven to go to. I think it’s just fantastic the way all of us have that in common.”

“[The performers] are all so professional, and I’ve been to varied performances around the world. Their art of acting, just like in a play, is just fantastic. I think they are all doing just a superb job.”

“My wife is a violinist, and she’s actually played in live orchestras, … and so the [live orchestra] is just fantastic for me.”

“I would just thank [the performers] and tell them that we’re very honored to have them here from all over the world. … I thought that was very impressive. … They’re fantastic.”