Shen Yun Shows Us a Culture to Be Embraced 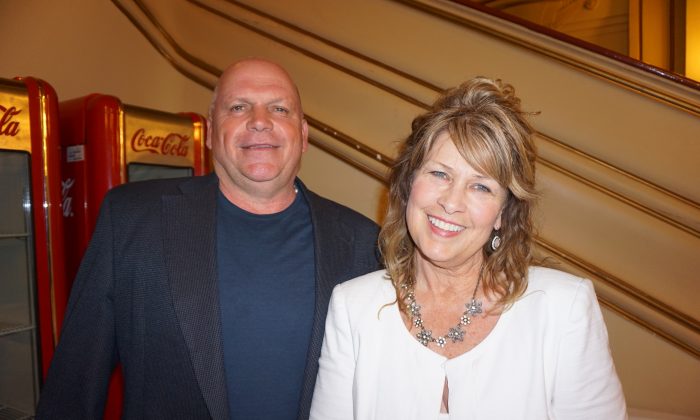 Ed and Jeri Noyes were astonished with the depth of Shen Yun's performance at the Adler Theatre in Davenport, Iowa. (Catherine Wen/Epoch Times)

DAVENPORT, Iowa—Jeri and Ed Noyes had no idea that Shen Yun Performing Arts would have the spiritual depth that it did. The couple were more than surprised; they were shocked.

The recognition of how much she related to the performance was immediate for Jeri Noyes, an instructor of Transcendental Meditation. “I was shocked, surprised at how much I can relate. I thought it was just a dance performance. I admire the Chinese culture, so I thought it would be very beautiful and inspiring, … but to see it had a deeper meaning, to me there was really a connection,” she said.

From the opening moments of the classical Chinese dance and music program with a dance called “Salvation and Renewal,” to that of the closing, “Hope for the Future,” each piece relates to the spiritual bedrock upon which traditional Chinese culture rested.

“We were incredibly impressed,” said Mr. Noyes, a lawyer in Fairfield, Iowa. The couple saw the performance at Davenport’s Adler Theatre, on April 17.

Mr. Noyes believes the performance to be revolutionary in the truest sense of the word—in a spiritual sense. When men truly awaken to their spiritual side, as opposed to the material side, he calls that event revolutionary.

The revolution is to understand that there is something more than just the material world, Mrs. Noyes elaborated.

The performance was very inspiring to the couple: “It means that there is hope, and joy and love, and unity, and freedom, and a connection with the original culture of China, and all of those are really good things,” Mrs. Noyes said.

And for Mr. Noyes the inspiration came from seeing the real, original culture of China based on divine principles: “The real spiritual laws, real truth, truth of humanity, who we are as a people, and [Shen Yun] is showing that to people.”

The “Celestial Empire,” as China was once known, honored virtues such as loyalty, compassion, and steadfast faith in the divine.

“People should be free to access that again, and have that as part of their lives,” Mrs. Noyes said.

Since taking power after World War II, the communist regime has sought to replace the reverence for the divine with atheism. Traditional faiths such as Shen Yun depicts have no place in China today—a fact a few of the 20 or so short performances make clear.

For Mr. Noyes, if the Chinese people have retained the spiritual grounding of their ancestors, that culture could “be a tremendous blessings for mankind. It is not something to be feared. It is something to be embraced.”