Shen Yun Shows the True China to Director of Operations 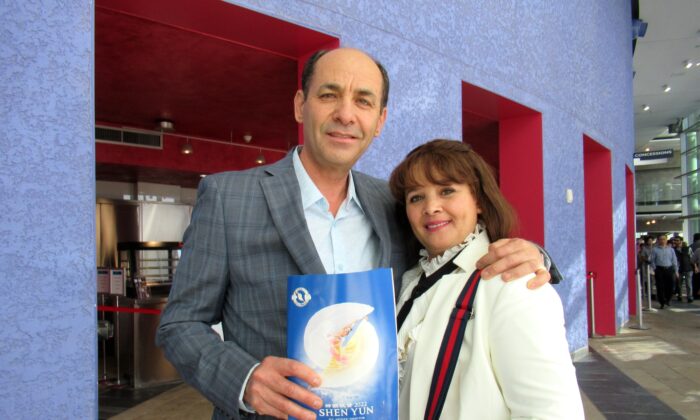 MESA, Ariz.—The culture in China for the past 70 years under communist rule is worlds apart from the culture that embedded China for the dynasties that ruled for 5000 years. Monte Rashwan, a director of Operations at ITT, and his wife, a teacher, shared that Shen Yun Performing Arts showed the beauty of China without the influence of communism.

“Every culture throughout history has something beautiful about them, and to learn about the Chinese culture which is something that we were not exposed to, because of the Western media don’t want us to know, and to see the beauty behind China—it’s not just violence, it’s not just communism, China has started a lot of things throughout history that we didn’t know about,” Mr. Rashwan said.

He added that people should be free to speak with free will and live in freedom.

The couple found that the music of Shen Yun was captivating. Shen Yun’s live orchestra highlights traditional Chinese instruments that are featured amongst a classical Western orchestra.

“The music is fantastic, really very captivating, and it was very soothing. It’s not loud, it’s not noisy, it is very tasteful,” Mr. Rashwan said.

He was particularly impressed with the solo erhu player. The erhu is a traditional two-stringed instrument that is known for its resemblance to the human voice.

“It just takes you back thousands of years and it tells you how people always had that music in their heart and the peace. Everybody around the world, from thousands of years, they just want to live happy and they want to be good to each other.”

He added that good music and culture should be honored and preserved.

Shen Yun‘s dancers are trained in classical Chinese dance. Pairing fluid dance techniques and the abundant stories in Chinese history, the company puts on a fresh production every year.

“It speaks a really nice story [about] life, history, beauty, and harmony and it speaks about the ancient culture. It was done very well, very tasteful, the colors are amazing and the dancers and the performers are world-class. It was my first [time] but I would recommend all my friends to come and at least see it one time,” said Mr. Rashwan.