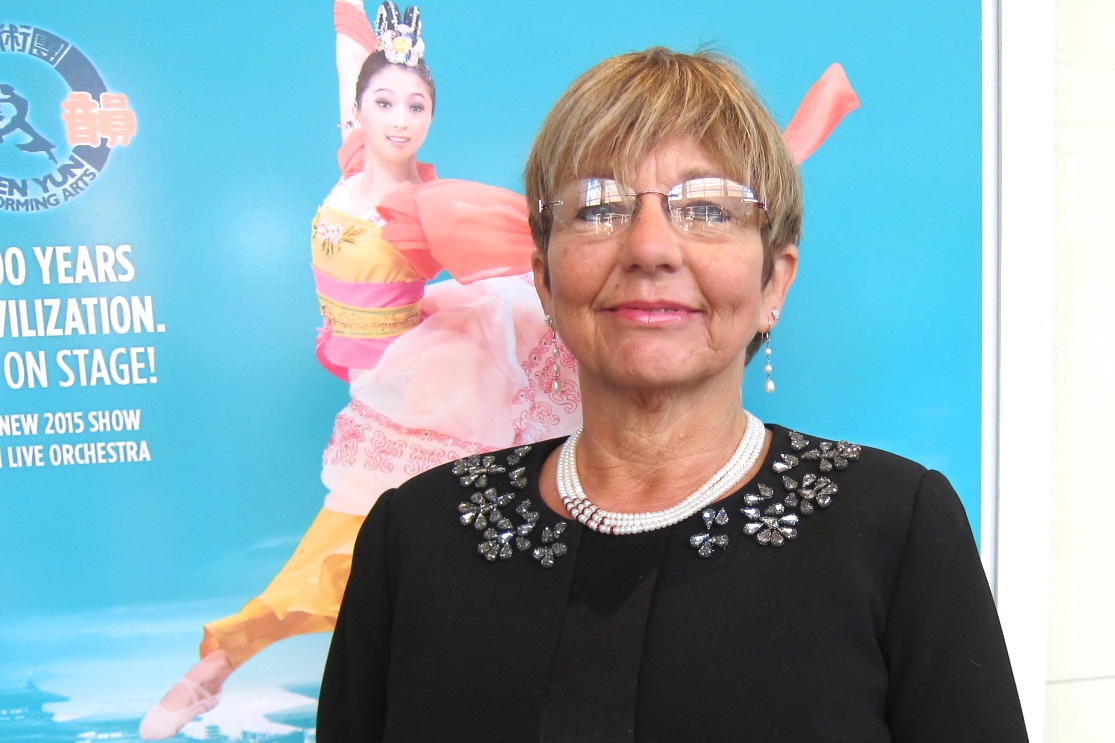 Ms. Barry said her only regret was not attending Shen Yun on Saturday as well, as she found the show so compelling, she would have come both days.

Having taught ancient history, Ms. Barry appreciated the depth of the performances and noted one dance which referred to creation [Following the Creator to Renew All Things]. She said, “Human beings need to have a higher presence … Every civilization had a creation story.” She called the performances astounding.

Some of Shen Yun’s classical Chinese dances tell of ancients legends, others are spiritual and take place in modern day China. Some are about Falun Dafa, a meditation practice that emphasizes truthfulness, compassion, and forbearance.

She was aware of the communist takeover of China. “Those [dances] were a little harder for me to watch, … but I knew it had to be part of the history.”

She noted that good always wins and saw a message of hope. “We always want the good to win. I think that even in today’s world and especially in current times, we still have hope of that. That’s the hope of humanity, the good over evil.”