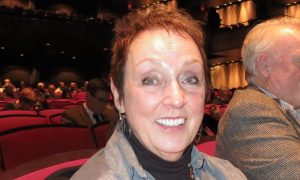 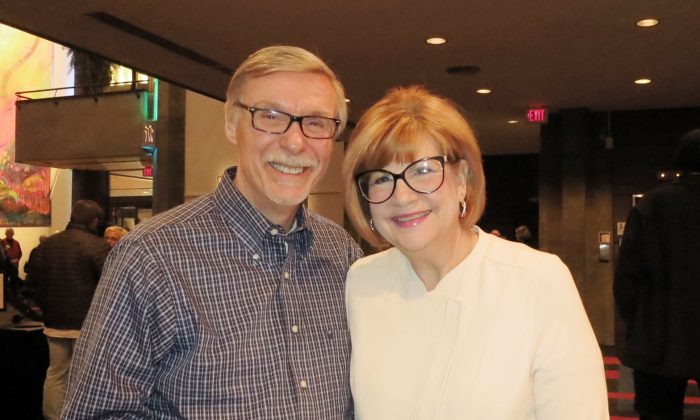 INDIANAPOLIS—”It taught us a lot about the kindness and the spirituality and the sweetness of the Chinese people,” said Barbara Pfeiffer who had just enjoyed a performance of Shen Yun Performing Arts Touring Company with her husband, Bill.

This season’s program showcases about 20 short dances by the New York-based company. It presented its performance on the stage of Clowes Memorial Hall of Butler University on Friday, Jan. 16 and will have two more performances on January 17.

“Through the universal language of music and dance, Shen Yun weaves a wondrous tapestry of heavenly realms, ancient legends, and modern heroic tales, taking you on a journey through 5,000 years of Chinese culture,” the company’s website states.

Mr. Pfeiffer, a senior project engineer, agreed with his wife’s assessment and added that the show taught them about “… some of the mythology or the thoughts of the Chinese culture.”

Some of the dances depict legends and tales from China’s vast history, and the lyrics sung by award-winning vocalists reveal understandings of life’s purpose.

One of the cultural aspects that appealed most to Mrs. Pfeiffer was its spirituality. She loved hearing about the belief in Buddha.

Shen Yun’s mission is to revive the ancient traditions and beliefs founded in a culture considered semi-divine.

One song that impressed Mrs. Pfeiffer was “A Song From the Ancestors.” “We are all trying to get to heaven. This is our salvation,” Mrs. Pfeiffer said, recalling some of the song’s lyrics.

Of the whole show, Mrs. Pfeiffer commented “it was beautiful, graceful, elegant, and colorful. I loved it, I loved their message.”