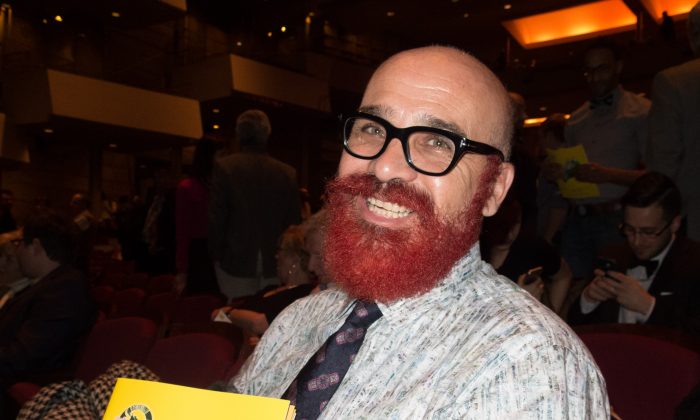 Troy Gamez had the highest praise for what he saw at The Buell Theatre on March 5, 2016. (Alex Ma/Epoch Times)

DENVER—”I’m there. I’ve never been to China but I’m there,” said acupuncturist Troy Gamez seeing Shen Yun Performing Arts for the first time.

Mr. Gamez is a frequent theatergoer, and had the highest praise for what he saw at The Buell Theatre on March 5.

“When you see them, they’re so humble,” Mr. Gamez noted. “You can just sense it. They’re very genuine in their approach.”

Aside from dance pieces, Shen Yun performances feature singer trained in the ancient bel canto technique. Soprano Yu Ming had astounded him—also one of the principal dancers, the powerful sound she carried with her slight figure had surprised him.

“For her to project that kind of sound out of that body is beautiful, it was clear as could be,” he said.

Shen Yun “gives us … an opportunity to be who we need to be, let us express the classics without condemnation and everything else,” Mr. Gamez said. … And so for me I’m getting a very genuine, very genuine spirit.”

According to the official website, Shen Yun, in depicting genuinely the traditional Chinese beliefs and art forms that were destroyed or repudiated under decades of communist rule, is bringing back authentic Chinese culture.

Though well-received across the world from North America to East Asia, Shen Yun is barred from performing in mainland China.

Mr. Gamez said this came through in the choreography, “so you can tell it’s bringing back some things. And for them, they’re portraying it in the best way they can.”

He read rave reviews, but they did not do what he saw justice. “I guess you have to see the show.”