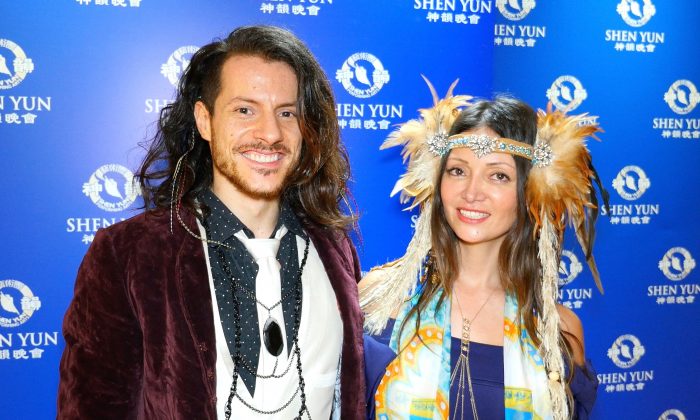 NEW YORK—Anthony Illiano describes himself online as an “aspiring servant of virtue,” so it’s no surprise that a performance highlighting the traditional virtues of compassion, courage, and a respect for the heavens would captivate him.

Mr. Illiano saw Shen Yun Performing Arts as a marriage of ancient wisdom and beautiful art. And it is.

New York-based Shen Yun revives the traditional purpose of art—to move people to sublime understandings of the divine. With classical Chinese dance as a vehicle, the dancers tell stories that illuminate a culture centered on the idea of harmony between heaven, earth, and humankind; and a culture enriched by the religions of Buddhism, Taoism, and Confucianism.

Online business entrepreneur Mr. Illiano saw what he considered a beacon of that ancient culture at Lincoln Center on March 9. Very much interested in Chinese medicine and Taoism, he found his own beliefs mirrored onstage.

What spoke most to him was “the divine nature in us,” clearly presented in words used to explain the story-based dances, and the idea of our “human path of purification.”

He called the dancing and the music really exceptional, hypnotic, and “synchronistically poetic.”

Mr. Illiano attended the performance with Clis Lopez, a pilates instructor visiting from Spain. She had wanted to see Shen Yun the last time she was in New York, in December, but the January performances were sold out.

This time she felt she had to see it, so she got excellent seats that enabled her to see all of the orchestra and stage clearly.

Her response to what she saw? It was a beautiful, amazing experience with beautiful colors in the costumes and backdrops, and perfect synchronous movement from the dancers.

And what she took away was that Shen Yun showed us divine energy that we should use right now, in our times, to empower ourselves with.