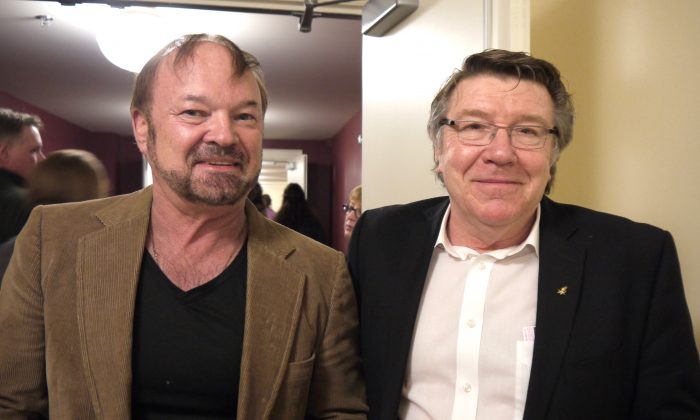 MILWAUKEE—People keep coming back to see Shen Yun because there’s always more to learn, always more to take in. When the history of a country goes back 5,000 years, there are just plenty of lessons and stories to share.

“Ancient,” James Effenheim said of Chinese culture. “Much history for many, many years, passed down through generations,” he said, at the Milwaukee Theatre on Feb. 20.

Mr. Effenheim and John Malanczuk had seen Shen Performing Arts last year, so they were familiar with the classical Chinese dance that enables the company to share snippets of that long history with viewers. It is a dance that tells stories.

It was the stories that brought Mr. Malanczuk back. These stories helped him get to know the Chinese people and “what they believe, and what they went through.”

This year, one of the dances, “Monks and the Red Guards,” tells something of what the Chinese people went through during the Cultural Revolution in the ’60s and 70’s, when the communist’s Red Guard ravaged the country destroying much of the culture’s artifacts, like books and temples.

The people’s beliefs were presented in several pieces, but one stood out for Mr. Malanczuk. In “The Steadfast Heart,” a story set in contemporary China, an old couple are practicing a popular form of meditation in the park. But this peaceful practice has been outlawed in China and so the state’s police brutally attack, arrest, and beat them.

The older man suffers devastating torture in jail and when he is eventually released, he is only the shell of the man he once was. But at this point the heavens intervene.

Mr. Malanczuk saw this dance as a kind of Lazarus story. When people believe in the divine, he said, it can make them strong. And as a divine power “came back and brought a man, almost like Lazarus when Jesus rose Lazarus from the dead,” brought him back to life, faith can overcome death.”

Mr. Malanczuk’s point was that all true spiritual paths come from the same ultimate source. They have the same intention, and tell the same kind of stories, but they are practiced differently.

“We all come from one, but it’s practiced differently,” Mr. Effenheim summed up the thought.