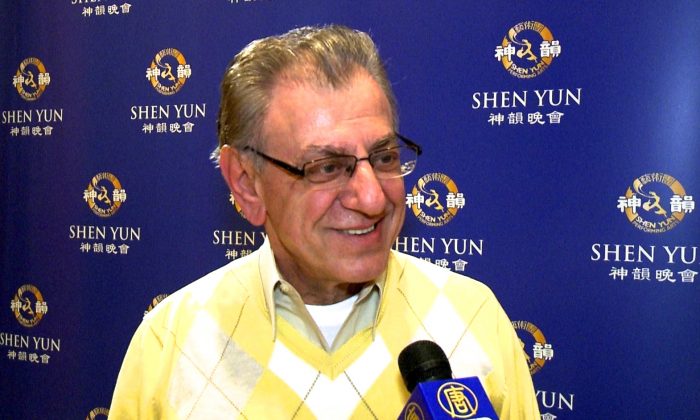 “We need to learn from ancient cultures,” Mr. Chaimanis said.

Shen Yun’s mission is to revive 5,000 years of traditional Chinese culture through the “universal language of music and dance” reads their website. Saying that the Greek culture has also survived thousands of years, Mr. Chaimanis made a conclusion.

“They must be doing something right,” he said.

Each dance is steeped in traditional values such as loyalty, compassion, and veneration for the divine. Another parallel Mr. Chaimanis saw was the presence of deities in ancient myths that are recounted in numerous Shen Yun dances.

“All the messages they bring are peace, love for each other, and everything. And that’s really the great thing,” Mr. Chaimanis said.

An enthusiast of other cultures, Mr. Chaimanis said that he wants to learn more about traditional Chinese culture.

“That is the only way that we can live together on this planet,” he said.

Established in 2006, a Shen Yun performance is composed of foremost classically trained dancers, soloists, an orchestra that blends the sounds of East and West, and animated backdrops.

“It’s wonderful. The colors, the choreography, the music. Everything is wonderful,” Mr. Chaimanis said.