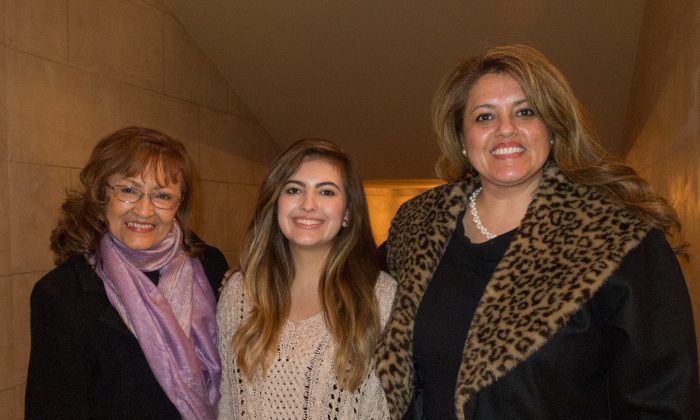 SAN FRANCISCO—Patty Gaines felt Shen Yun Performing Arts had, in just a few moments on stage, captured the culture of and situation in China through one powerful scene.

Like many in the audience, she learned only during the matinee performance on Jan. 9 at the War Memorial Opera House that New York-based Shen Yun could not perform in China. Under China’s atheist communist regime, the nation’s traditional culture was once nearly destroyed. What Shen Yun artists aim to do is to revive that divinely inspired culture through music and dance.

Ms. Gaines said she’d gained a whole new world of understanding seeing the performance. There were dances from many dynasties and all eras—even the present day.

The moment that captured it all for Ms. Gaines was from a dance set in contemporary China, which touches on the persecution of the spiritual practice Falun Gong.

Ms. Gaines described in detail one scene that lasted merely seconds in the performance. It was a cold and wet feeling, she said, as passerbys had ignored a plea for help. It spoke volumes for Ms. Gaines.

“That was an experience for me, it was a new understanding for me of what life is like in China,” Ms. Gaines said. “That actually brought tears to my eyes.”

But ultimately, what comes to pass is hopeful. Ms. Gaines saw hope in both the stories depicted, and the fact that Shen Yun tours the world as well.

Shen Yun performs classical Chinese dance, which is a very expressive form of dance as Ms. Gaines observed, which lends itself to storytelling. It also performs folk and ethnic dances from across China.

“It made me feel like there was hope that there could be change one day for the people of China and for all of us,” Ms. Gaines said.

Overall the experience was eye-opening, she said.

“It’s truly beautiful; made me feel great; made me think; made me understand more about the world and Chinese culture in general,” Ms. Gaines said. “It’s spectacular and I would want everyone to go [see it].”