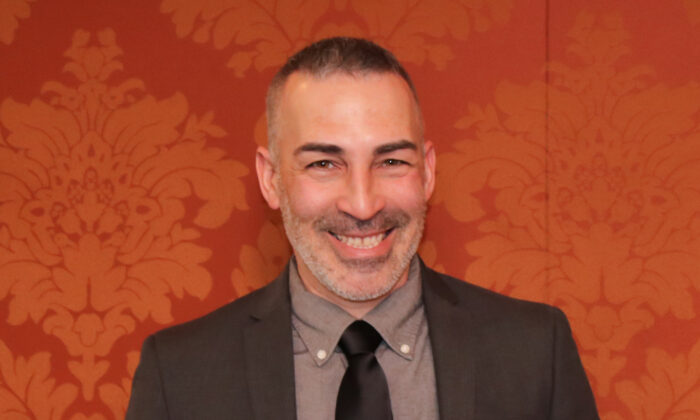 BALTIMORE–Steve Ney, a manager in engineering, sat in The Hippodrome Theatre with wide eyes and anticipation when he saw Shen Yun Performing Arts for the first time.

Following the performance, Ney gave positive remarks. “It was very enjoyable, I really liked it,” he said on Feb. 2, 2020.

A performing arts company that is based in New York, Shen Yun presents classical Chinese dance and music with the mission to revive China’s 5,000 years of divinely inspired culture.

Ney was mainly drawn to the dance, which is the cornerstone of Shen Yun’s program.

He found the dancers to be impressive, saying, “The grace and all their movements, even the more vigorous ones … it always seemed without effort and it was very easy, and if I was to try the same thing that they did, I’d be very out of breath. It’s nothing like walking down the street, I’m sure it’s quite challenging for them.”

According to the program book, the dancers train in this style and emphasize principles, such as inner spirit and self-expression, that take dancing to a higher level of beauty.

Ney commented that dances don’t always tell a story clearly, but he couldn’t say the same for Shen Yun.

“But with them, it’s very clear, it’s very understandable. The one story was very funny and the other story with the Falun Dafa was very sad, very moving. When he lost his sight, it was very moving,” he said.

Ney added, “I think that the spirituality that the dancers bring, I think is conveyed very authentically with the movements, with the dance. I think the dances come across as being very authentic, it’s not just a performance, it’s something that they live or they feel. And that’s what comes across.”

Unfortunately, classical Chinese dance was close to being lost forever along with the rest of traditional Chinese culture. This is due to the presence of communism in China and its campaign to undermine China’s culture and spiritual heritage.

Ney admired Shen Yun’s mission in reviving China’s culture. “I think it’s applaudable, it’s very worthwhile. I think keeping culture and history alive is a very important thing. I think there is a lot of lessons from history that should be brought forward, especially in this day and age,” he said.

With reporting by Jenny Jing and Don Tran.