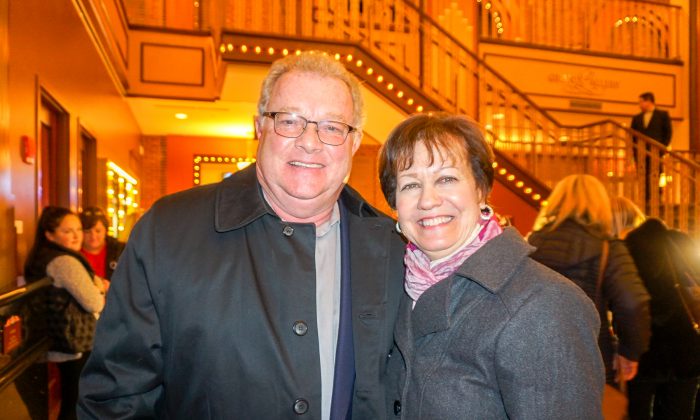 AURORA, Ill.—Kindness and humanity is what Captain Jordan, a United Airlines pilot, saw in the performance by Shen Yun Performing Arts—values he finds lacking these days.

“Just look at the social discourse we have now. … People don’t have manners anymore it seems, sometimes. They are mean to one another,” he said. He’d seen the Jan. 10 Shen Yun performance at Aurora’s Paramount Theatre.

“They don’t hold the door for you; they don’t say hello,” added Bonnie, his wife, a retired flight attendant.

Kindness and forgiveness were words that Mrs. Jordan added to the list of attributes her husband had started. These are what came across to her in the performance.

It might seem unusual that dance—even dance that tells stories—can give a viewer the impression of mannerly behavior and kindness. But Shen Yun captures these universal values purposefully.

In 2006, concerned about loss of culture and tradition under the communist regime in China, a group of artists formed Shen Yun in New York to revive genuine Chinese culture, a culture which embodied teachings from Buddhism, Taoism, and Confucianism. The ideas inherent in these disciplines included harmony between Heaven and Earth, the balance between man and nature, and a belief in divine retribution.

At the core of traditional Chinese culture is a belief in heaven or the divine, and, in life, of course, this belief plays out through the virtues of honor, benevolence, honesty, and kindness.

This moral philosophy in China, developed and passed down generation after generation over 5,000 years, is exactly what Shen Yun’s dances showcase, through stories of historical events, myths, and legends.

What Shen Yun makes visible is a tradition of kindness.

“Tradition, I think, is good to keep … for the young people. [It’s] important so they don’t forget that, don’t forget what they come from.  The history of their ancestors … is important,” Mrs. Jordan said.

She believes that in the act of passing on the traditions of how people lived, of their manners, “and the way they speak, the way they live,” represents the divine in daily life.

“Keeping the tradition is divine,” she said.

Captain Jordan, who regularly flies to China, was aware of the millennia of history there.

“You kind of get an idea of that, going there, through seeing how old things are.  You go to the Forbidden City and things are thousands of years old,” he said.

But seeing Shen Yun gave him better perspective on something beyond the age of things.

It is a culture that through kindness in daily life, “just seemed elegant,” he said.

“That’s a good word for it, elegant,” Mrs. Jordan said.

With reporting by Stacey Tang and Sharon Kilarski.