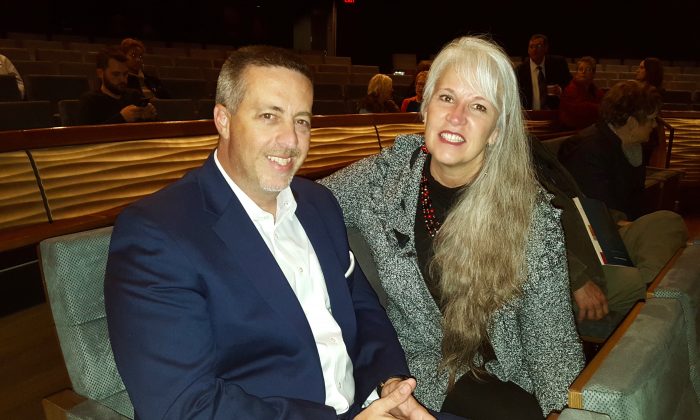 And he was certainly not disappointed. Shen Yun Performing Arts gave him exactly that, meeting and exceeding all of his expectations. “It’s cool that [traditional culture] is still here at all, that it survived so we get the chance to see it,” said Mr. Carter, a private security director.

Shen Yun Performing Arts, based in New York, delivers a grand overview of traditional Chinese culture and history through classical Chinese dance and music. Within its performance, Shen Yun brings to life many of China’s traditional values—such as loyalty, compassion, and piety—that have shaped the Chinese people for several millennia. Many of these ancient traditions were lost as a result of the Chinese Communist Party’s policies and movements, but Shen Yun is reviving them and bringing them to the world stage.

Besides appreciating Shen Yun for showcasing true Chinese culture, Mr. Carter also liked how the artists demonstrated the challenges Chinese people face simply for expressing their beliefs in China, where the communist regime has attempted to eradicate traditional values and crush spiritual faiths.

He was gladdened to see that despite these atrocities, Shen Yun also delivered a message of hope—hope for the future.

His wife Linda Carter, a retired member of the law enforcement, saw a peacefulness permeating the entire performance, even within the more energetic and tense scenes of the program.

In particular, she liked “The Monks and the Red Guards,” in which the monks defend their monastery from the onslaught of fiery Red Guards during the Cultural Revolution. Within this piece, Mrs. Carter said, “You could see that yes they were fighting, but they were doing it strictly to defend and keep their peaceful place. I like the difference between the anger and the peacefulness. It was not meanness—they were fighting out of love.”

Mr. Carter, who has a Native American background, felt a personal connection with the spirituality displayed within the performance. The Chinese people traditionally believed in the harmony between heaven and earth, between mankind and the divine, and Mr. Carter shared these feelings. “It’s supposed to be more of a communion than just [humans] coming in and being the dominant species. It’s not supposed to be like that, it’s supposed to be symbiotic,” he said.

Within the Shen Yun performers, the couple saw discipline and dedication. “You can tell these people have studied their whole lives to be up there on that stage—it really shows,” Mr. Carter said.

Mrs. Carter added, “You can tell they absolutely love what they’re doing. Their heart is in it.”

But the dancers did not only bring strict discipline to the stage. They also brought humor, energy, and delight. “They’re having fun too,” Mr. Carter said, and Mrs. Carter agreed: “The playfulness—I love the playfulness.”

Captivated by Shen Yun, Mrs. Carter said, “I’m just locked into it. I can’t take my eyes off it.”